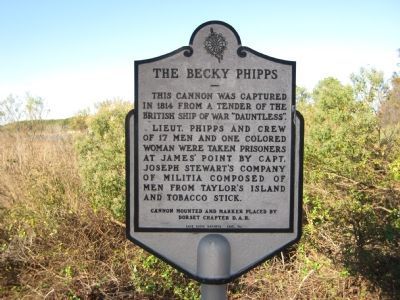 By F. Robby, November 4, 2007
1. The Becky Phipps Marker
Inscription.
The Becky Phipps. . This cannon was captured in 1814 from a tender of the British ship of war "Dauntless". , Lieut. Phipps and crew of 17 men and one colored woman were taken prisoners at James' Point by Capt. Joseph Stewart's company of militia composed of men from Taylor's Island and Tobacco Stick. . This historical marker was erected by Dorset Chapter D.A.R.. It is in Taylors Island in Dorchester County Maryland

This cannon was captured in 1814 from a tender of the British ship of war "Dauntless".

Lieut. Phipps and crew of 17 men and one colored woman were taken prisoners at James' Point by Capt. Joseph Stewart's company of militia composed of men from Taylor's Island and Tobacco Stick.

Topics and series. This historical marker is listed in these topic lists: African Americans • War of 1812. In addition, it is included in the Daughters of the American Revolution series list. A significant historical year for this entry is 1814. 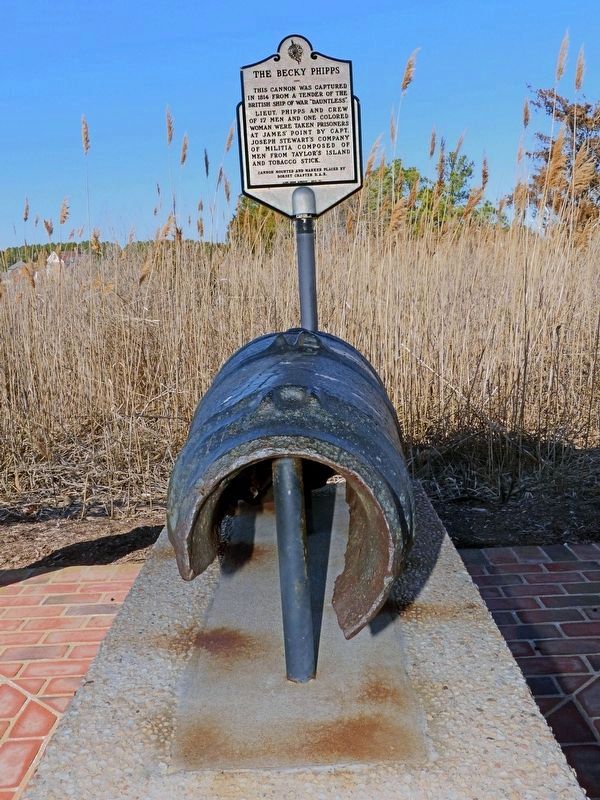 Additional commentary.
1. The name, Becky Phipps
According to Museums and Monuments of the Eastern Shore of Maryland by Mary U. Corddry, p. 83:

It was nicknamed "Becky" for the black cook who was captured with the British crew and "Phipps" for the British lieutenant.

The cannon was fired on special occasions but exploded when fired during a celebration of the election of Woodrow Wilson. It was later reassembled, mounted and marked by the Daughters of the American Revolution.
— Submitted June 11, 2008, by Christopher Busta-Peck of Shaker Heights, Ohio.
2. Story of the reconstruction of the cannon
I have a manuscript written by a relative 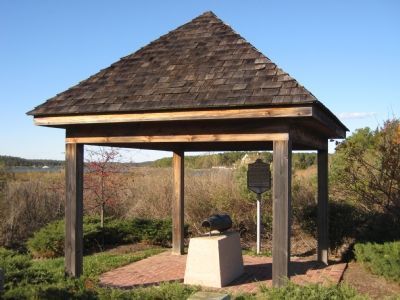 By F. Robby, November 4, 2007
3. The Becky Phipps
sometime in the last century (it is not dated) telling of her grandfather's participation in the battle when the Becky Phipps was captured from the British. Her information came from the son of a close friend of her grandfather. According to her information, the cannon exploded when it was "fired by too heavy a charge after Cleveland's election." (She doesn't say which election, since Cleveland was elected twice.)

She goes on to say that the family of Duncan Noble, the source of her information, collected the parts of the cannon (she actually saw the parts in their garden) and had the cannon reassembled and mounted on a concrete base at the entrance to Taylor's Island.
— Submitted April 4, 2009, by Ann Weber of Westminster, Marylnad.
3. The Daughters' Mistakes
“The DAR marker here has several mistakes. The carronade was captured in 1815, not 1814. Pvt. Joseph Fookes Stewart is referred to as a captain. While he may have been a captain of a nonmilitary vessel, there is no documentation that he held that rank in the militia. The carronade was nicknamed "Becky Phipps” for the tender's captured black cook Becky and the commander, Lt. Matthew Phipps. The cook's name was actually "Becca" and the commander's name was ‘Phibbs’. ‘Becca Phibbs’ was corrupted to ‘Becky 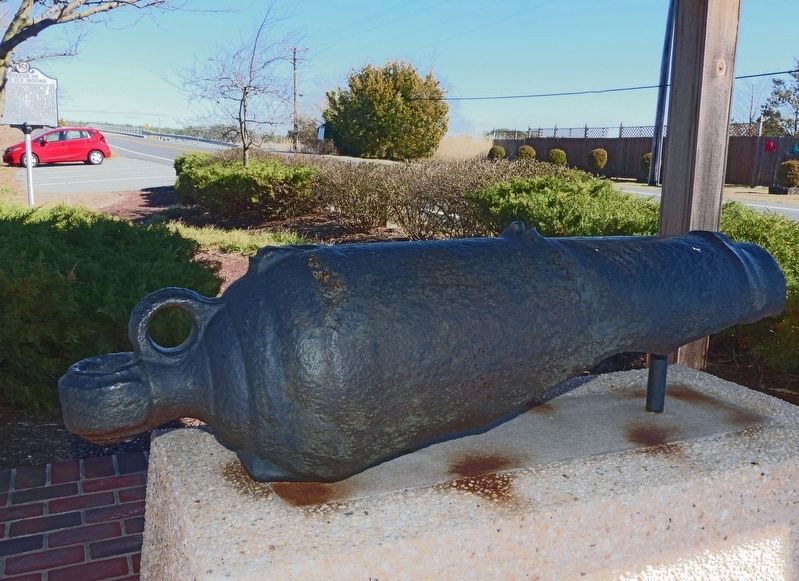 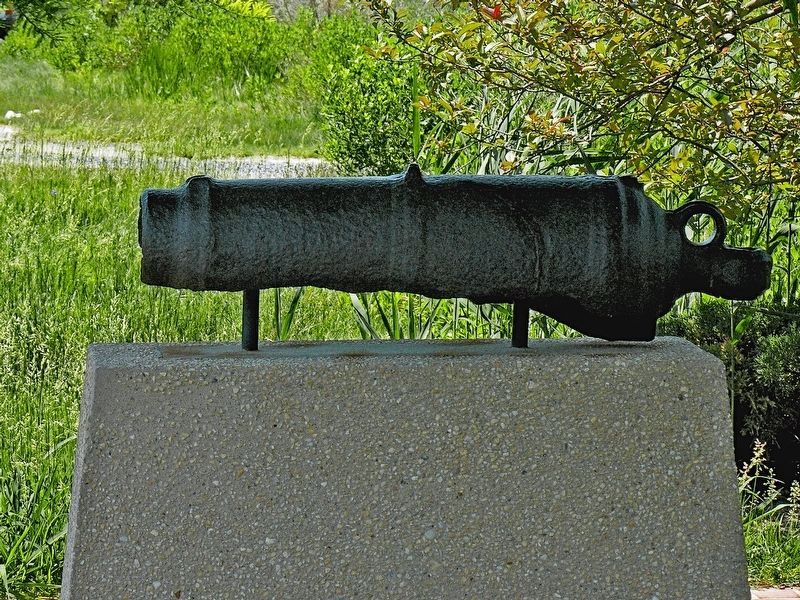