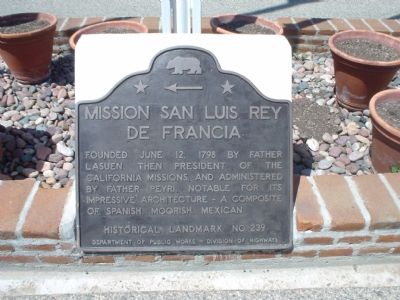 By Joseph Beeman, April 23, 2006
1. Mission San Luis Rey de Francia Marker
Inscription.
Mission San Luís Rey de Francia. . Founded June 12, 1798 by Father Lasuen, then president of the California missions, and administered by Father Peyri. Notable for its impressive architecture , a composite of Spanish, Moorish, and Mexican. . This historical marker was erected by Department of Public Works–Division of Highways. It is in Oceanside in San Diego County California

Founded June 12, 1798 by Father Lasuen, then president of the California missions, and administered by Father Peyri. Notable for its impressive architecture — a composite of Spanish, Moorish, and Mexican.

Erected by Department of Public Works–Division of Highways. (Marker Number 239.)

Topics and series. This historical marker is listed in this topic list: Churches & Religion. In addition, it is included in the California Historical Landmarks, the Daughters of the American Revolution, and the National Historic Landmarks series lists. A significant historical date for this entry is June 12, 1769.

Location. 33° 13.929′ N, 117° 19.141′ W. Marker is in Oceanside, California, in San Diego County. Marker can be reached from North El Camino Real north of Mission Avenue, on the right when traveling north. From the San Diego Freeway (Interstate 5) take the San Luis Rey Mission Expressway (State Route 76) to the Rancho del Oro Drive intersection. Turn left and you're on North El Camino Real. Cross Mission Avenue and turn right onto the driveway of the 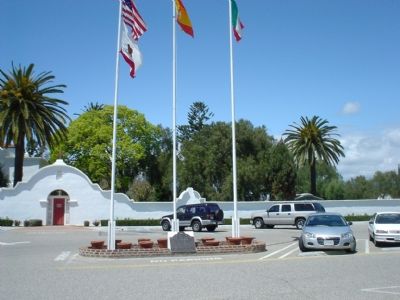 Click or scan to see
this page online
mission. Touch for map. Marker is at or near this postal address: 4050 Mission Avenue, Oceanside CA 92057, United States of America. Touch for directions. 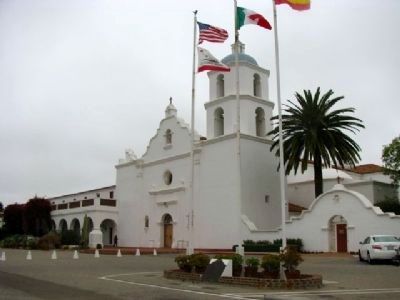 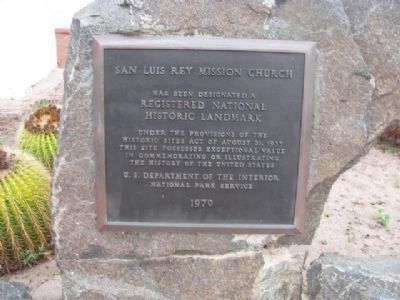 By Denise Boose, October 15, 2010
4. Registered National Historic Landmark Plaque
San Luis Rey Mission Church
Has been designated a
Registered National
Historic Landmark
Under the provisions of the
Historic Sites ACt of August 21, 1935
This site possesses exceptional value
in commemorating or illustrating
the history of the United States.
U.S. Department of the Interior
National Park Service
1970 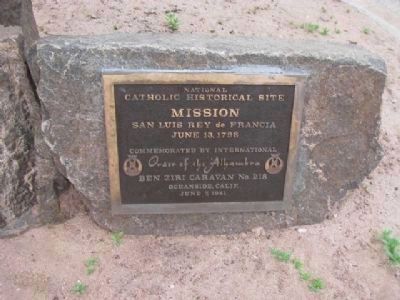 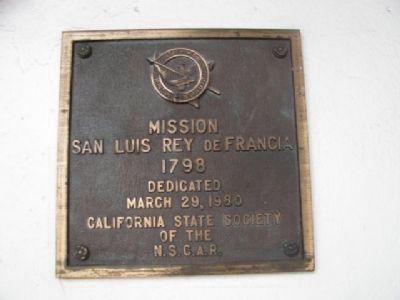 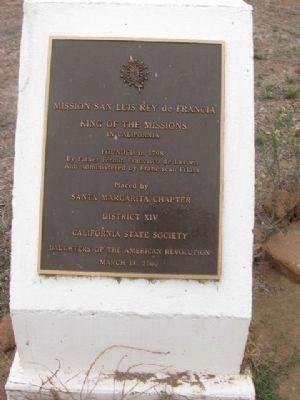 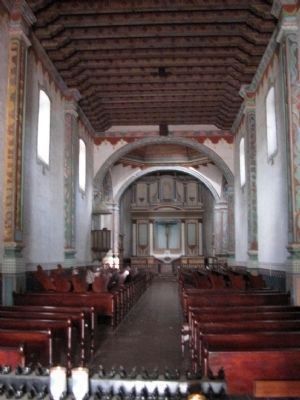 By Denise Boose, December 21, 2012
8. Mission San Luís Rey de Francia
Inside the church. It is presently under construction. It is usually only opened on the tour or mass. 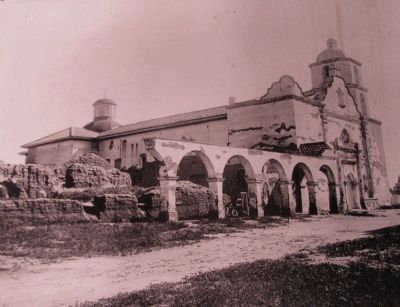 9. Mission San Luís Rey de Francia 1890
There is a display of photo's just inside of the church. 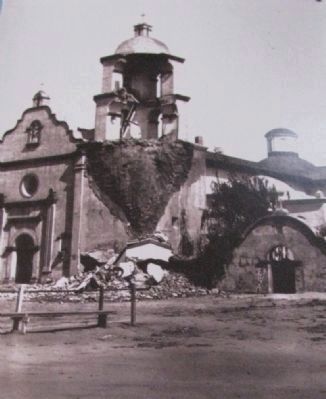 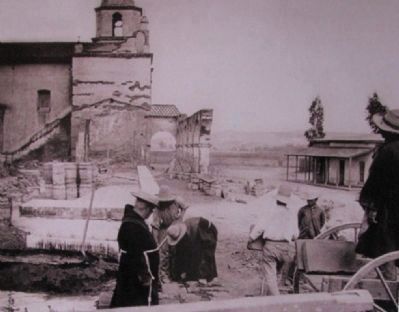 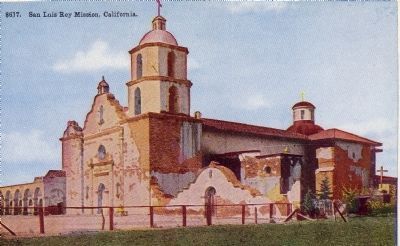 By Pacific Novelty Company, San Francisco
12. San Luis Rey Mission, California
There is no description, other than title, on postcard 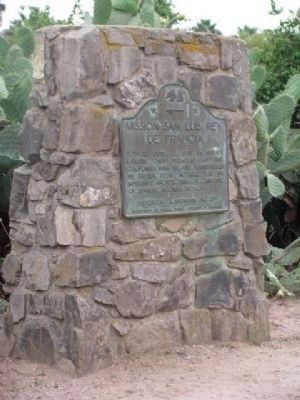 By Denise Boose, October 15, 2010
13. Mission San Luís Rey de Francia Marker
There are two California Historical Markers for the mission. This one is located down by the Lavaderias (Indian Launderies). 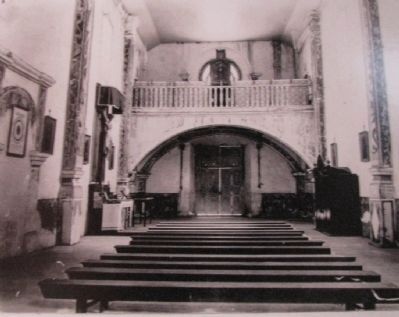