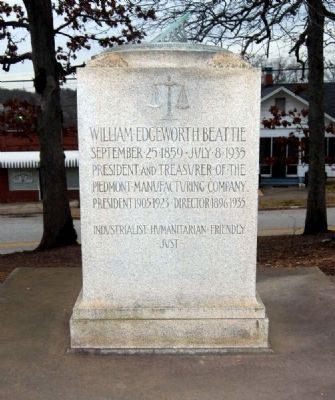 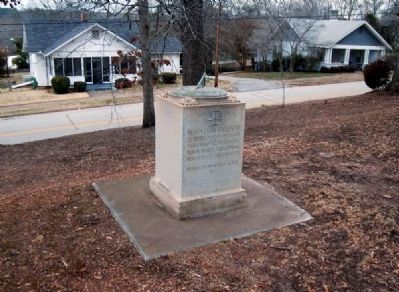 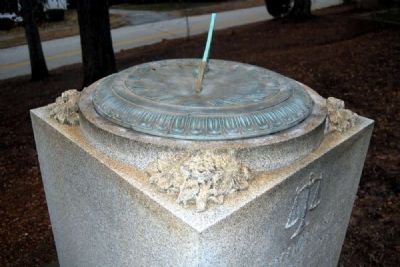 Photographed By Brian Scott, February 3, 2011
3. William Edgeworth Beattie Marker Sundial
Bank of Greenville, one of the strong financial institutions of the state. The paternal grandfather of the subject of this sketch was F.F. Beattie. He was one of the first to engage in mercantile business in Greenville, and was a man of high character and more than average achievement. The mother of William Beattie was a daughter of Harvey Cleveland, one of the leading citizens of Greenville, and a descendant of Jeremiah Cleveland, an early settler of Greenville county and a man of large means. The families of the Beatties and the Clevelands have long held a high rank in the state as regards wealth and social position.

In childhood and youth William Beattie lived in the town in which he was born; he attended its schools, and, after obtaining a suitable preparation, entered Princeton university, from which he was graduated in 1882. In the following year he became cashier of the First National Bank of Greenville. From December, 1898, until March, 1905, he was also president and treasurer of the Seedy River Manufacturing company. At that time he resigned both positions in order to become president and treasurer of the Piedmont Manufacturing company, near Greenville, one of the oldest and most successful cotton mill corporations in the state.

Although Mr. Beattie is one of the younger business men of his city, he is recognized as a man of great financial ability. 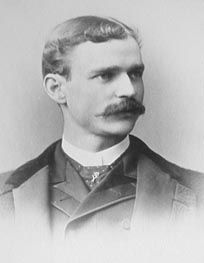 Photographed By Brian Scott, January 7, 2004
4. William Edgeworth Beattie
1859-1935
He is conservative and cautious, yet sagacious and enterprising. He is interested in civil and political affairs, but he has never sought official honors of any description. His religious affiliation is with the Protestant Episcopal church, of which he is an honored member.

On December 17, 1885, Mr. Beattie was married to Kittie Marshall, daughter of the late Doctor Samuel S. Marshall, for many years a leading physician in Greenville. Of their three children, all are now living.