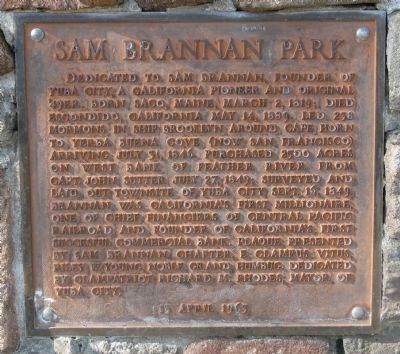 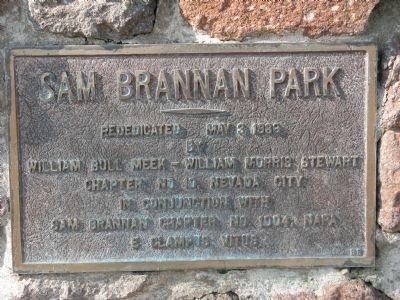 Click or scan to see
this page online
Vitus.

Topics and series. This historical marker is listed in these topic lists: Industry & Commerce • Parks & Recreational Areas • Settlements & Settlers. In addition, it is included in the E Clampus Vitus series list. A significant historical date for this entry is March 2, 1819.

Location. 39° 8.205′ N, 121° 37.83′ W. Marker is in Yuba City, California, in Sutter County. Marker can be reached from Gray Avenue half a mile south of Colusa Highway (California Highway 20). Marker is at the entrance to Sam Brannon Park. Touch for map. Marker is at or near this postal address: 808 Gray Avenue, Yuba City CA 95991, United States of America. Touch for directions.

More about this marker. Chapter Ten was “protector” of Sutter County while Sam Brannan Chapter was undergoing revival in the early 1970’s. Sam Brannan Park underwent major reconstruction in the mid 80s, which resulted in the monument bearing the original plaque to be removed and replaced. A joint rededication was held with the Sam Brannan Chapter, as the park is in Meek-Stewart’s territory, but was originally in the “Old” Sam Brannan Chapter’s territory.
Courtesy of ECV Chapter 10

Regarding Sam Brannan Park. In addition to being one of the founders of Yuba City, Brannan founded Calistoga and the Napa Valley Railroad in the Napa Valley and built the Cliff 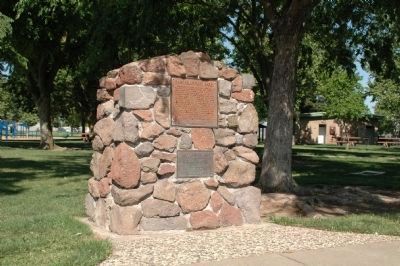 2. Sam Brannan in California. On May 12, 1848 Brannan ran up and down the streets of San Francisco with a bottle of gold dust in his hand, shouting, "Gold! Gold! Gold from the American River!” (Submitted on February 7, 2011.) 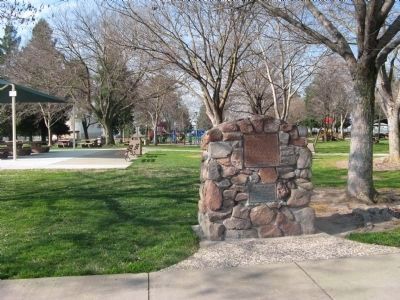 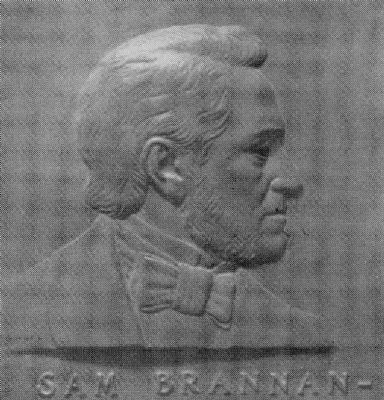 By Michael Kindig, May 1, 1981
5. Sam Brannan
Arrived in California, 1846. Was successful in finding gold on the American River, 1848. Became builder and civic leader of early San Francisco. 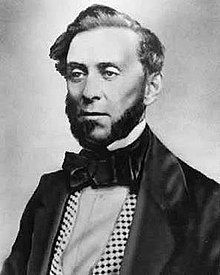