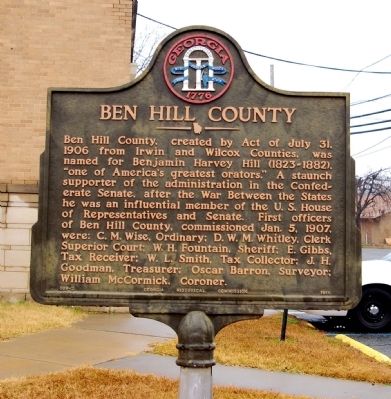 Topics and series. This historical marker is listed in this topic list: Political Subdivisions. In addition, it is included in the Georgia Historical Society series list. A significant historical month for this entry is July 1899. 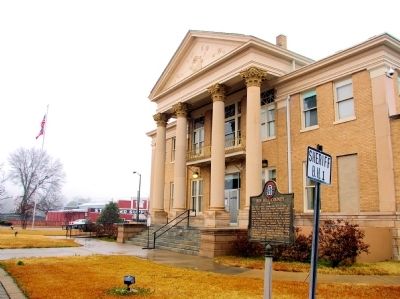 Click or scan to see
this page online
East Central Avenue (U.S. 319), on the right when traveling north. The marker stands on the lawn near the west side of the Ben Hill County Courthouse. Touch for map. Marker is in this post office area: Fitzgerald GA 31750, United States of America. Touch for directions.

Also see . . .  Benjamin Hill. The New Georgia Encyclopedia entry for Senator Benjamin Harvey Hill, after whom the county was named. (Submitted on February 15, 2011, by David Seibert of Sandy Springs, Georgia.) 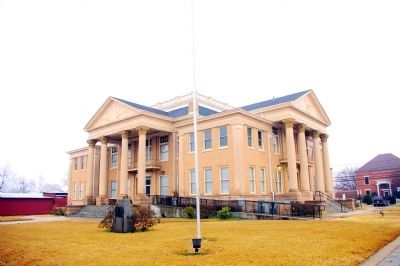 By David Seibert, January 17, 2011
3. Ben Hill County Courthouse
This is the original courthouse, although somewhat modified. It was built in 1907 by the Falls City Construction County for a cost of $45,000 from a design by Virginia architect H. H. Huggins. A clock tower which originally topped the courthoue was removed in a 1954 renovation. 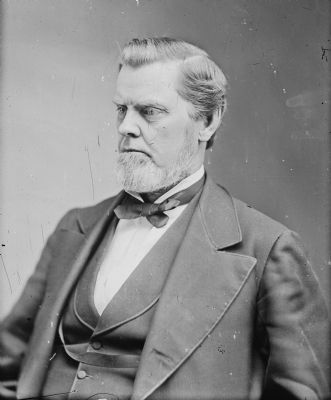