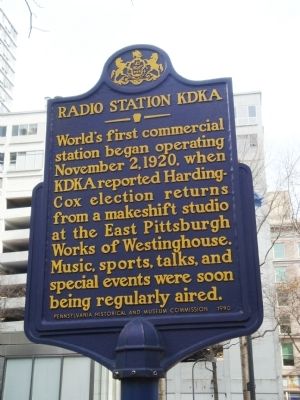 Topics and series. This historical marker is listed in these topic lists: Communications • Entertainment • Industry & Commerce. In addition, it is included in the Pennsylvania Historical and Museum Commission series list. A significant historical date for this entry is November 2, 1764.

Location. 40° 26.549′ N, 80° 0.33′ W. Marker is in Pittsburgh, Pennsylvania, in Allegheny County. Marker can be reached from the intersection of Fort Duquesne Boulevard and Stanwix Street. Located outside KDKA radio and television studio in Gateway Center. Touch for map. Marker is at or near this postal address: 420 Fort Duquesne Boulevard, Pittsburgh PA 15222, United States of America. Touch for directions.

Other nearby markers. At least 8 other markers are within walking distance of this marker. The Stanwix Art Facade Project (about 400 feet away, measured in a direct line); The Mansion House 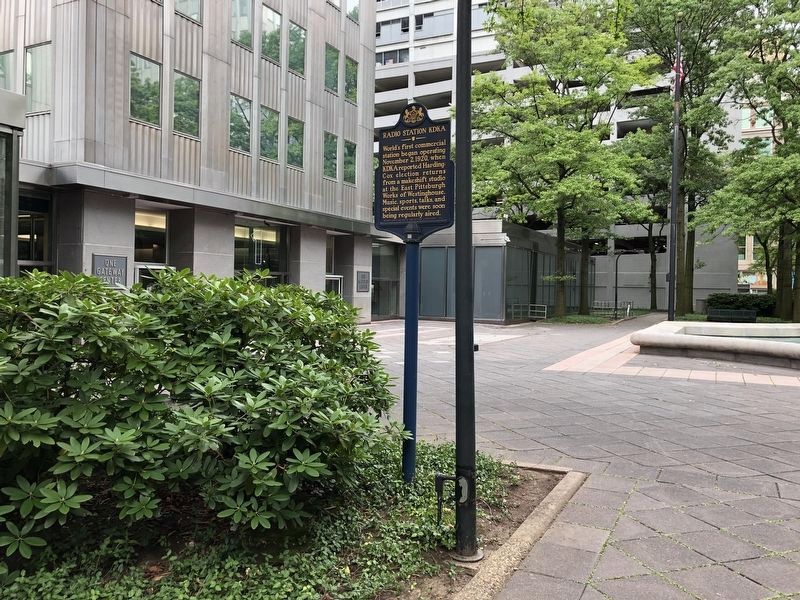 2. Radio Station KDKA - Behind the Marker. (Submitted on June 29, 2011, by Mike Wintermantel of Pittsburgh, Pennsylvania.) 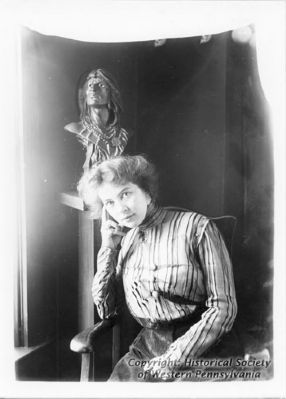 Photographed By Frank L. France, June 11, 1914
3. A portrait of Belva Lockwood Poole France
Belva Lockwood Poole France was the wife of the amateur photographer from West Middletown, Frank L. France. She was educated in voice and sang in light opera on the night program for KDKA in 1920. This photograph is housed in the collection of the Meadowcroft Museum of Rural Life in Avella, PA. Courtesy: Historical Society of Western Pennsylvania 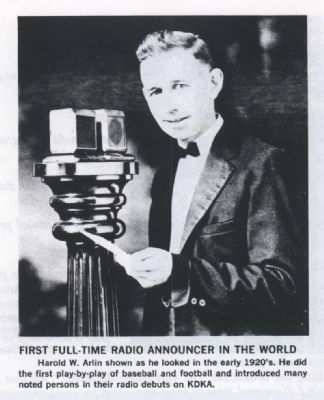 Photographed By Unknown
4. First Full-Time Radio Announcer in the World
Harold W. Arlin shown as he looked in the early 1920's. He did the first play-by-play of baseball and football and introduced many noted persons in their radio debuts on KDKA.
Credits. This page was last revised on September 15, 2020. It was originally submitted on February 17, 2011, by Mike Wintermantel of Pittsburgh, Pennsylvania. This page has been viewed 1,368 times since then and 103 times this year. It was the Marker of the Week October 27, 2019. Photos:   1. submitted on February 17, 2011, by Mike Wintermantel of Pittsburgh, Pennsylvania.   2. submitted on September 15, 2020, by Devry Becker Jones of Washington, District of Columbia.   3, 4. submitted on July 7, 2011, by Mike Wintermantel of Pittsburgh, Pennsylvania. • Bernard Fisher was the editor who published this page.
Share this page.