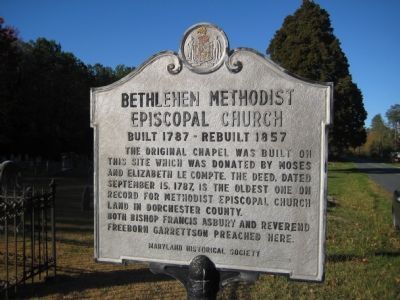 The original chapel was built on this site which was donated by Moses and Elizabeth LeCompte. The deed, dated September 15, 1787, is the oldest one on record for Methodist Episcopal Church land in Dorchester County. Both Bishop Francis Asbury and Reverend Freeborn Garrettson preached here.

Topics and series. This historical marker is listed in this topic list: Churches & Religion. In addition, it is included in the Francis Asbury, Traveling Methodist Preacher series list. A significant historical date for this entry is September 15, 1787. 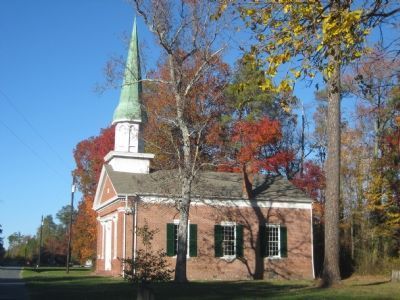