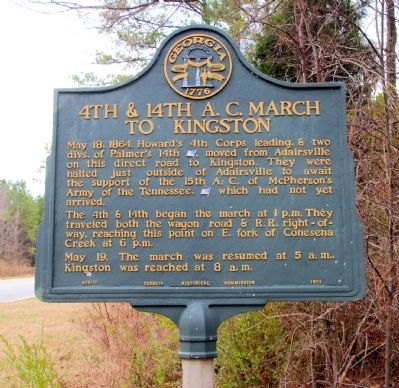 May 18, 1864. Howard’s 4th Corps leading, & two divs. of Palmer’s 14th [US], moved from Adairsville on this direct road to Kingston. They were halted just outside of Adairsville to await the support of the 15th A. C. of McPherson’s Army of the Tennessee, [US] which had not yet arrived. 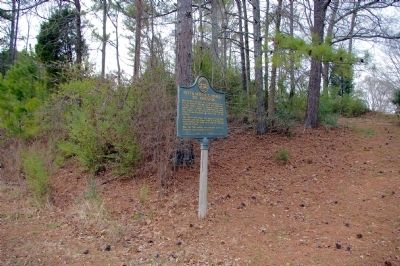 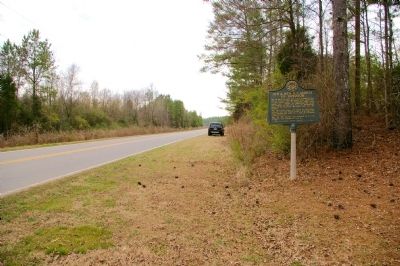 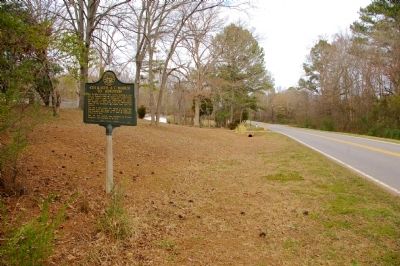