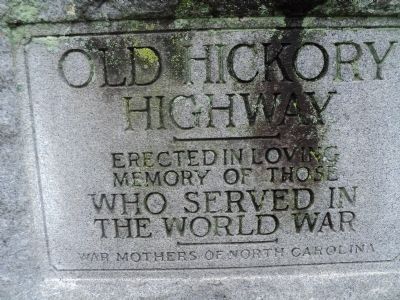 Topics. This memorial is listed in these topic lists: Roads & Vehicles • War, World I.

Location. 35° 46.864′ N, 78° 38.319′ W. Marker is in Raleigh, North Carolina, in Wake County. Memorial is on East Edenton Street west of North Wilmington Street, on the left when traveling west. The marker is on the grounds of the NC State Capitol. Touch for map. Marker is in this post office area: Raleigh NC 27601, United States of America. Touch for directions. 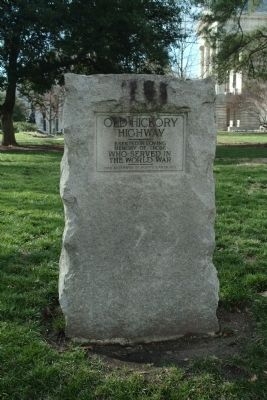 Regarding Old Hickory Highway. The granite marker was dedicated September 29, 1930. It was sponsored by the Raleigh Chapter No. 10 of the American War Mothers to commemorate the service of North Carolina's soldiers of the U.S. Army's 30th Division. Also known as the "Old Hickory" Division, these soldiers fought and died to break the Hindenburg Line in France during World War I.

This marker is inventoried by the Smithsonian American Art Museum. 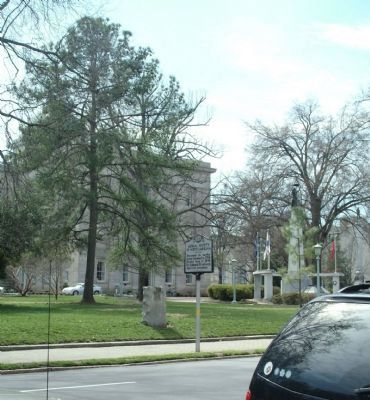 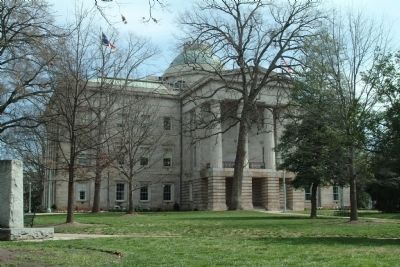