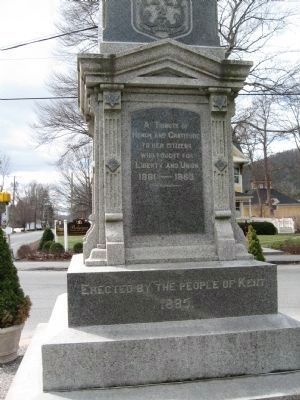 By Michael Herrick, March 19, 2011
1. Kent Soldiers' Monument
[ north side ]
Inscription.
Kent Soldiers' Monument. .
A Tribute of Honor and Gratitude to her citizens who fought for Liberty and Union 1861 – 1865 Erected by the people of Kent 1885. . This monument was erected in 1885. It is in Kent in Litchfield County Connecticut

Erected by the people of Kent
1885 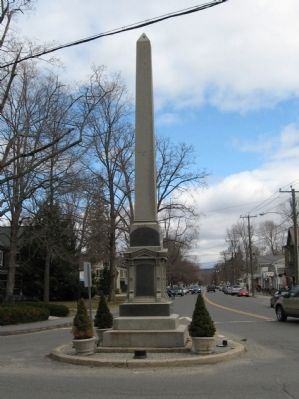 More about this monument. The monument was originally erected in the exact center of the intersection. In 1924 it was moved a few feet west when Route 7 was widened. It's still in the intersection with cars passing only a few feet away. 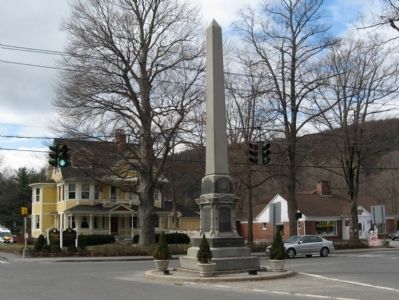 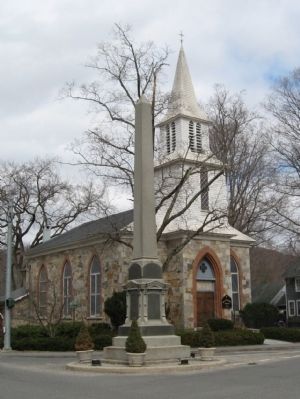