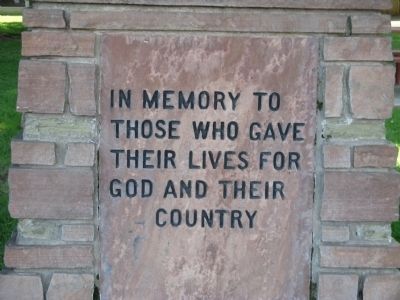 By Syd Whittle, May 29, 2009
1. Modesto War Memorial Marker
Inscription.
Modesto War Memorial. .
In memory to those who gave their lives for God and their Country. . This memorial was erected in 1969 by Modesto VFW Post No. 3199, Bill Williams, Cmdr.. It is in Modesto in Stanislaus County California 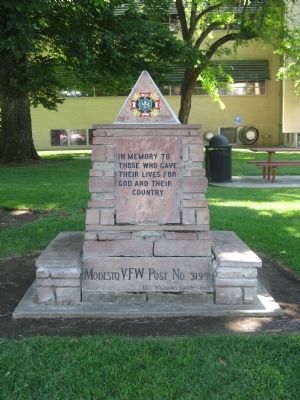 Click or scan to see
this page online
War Memorial 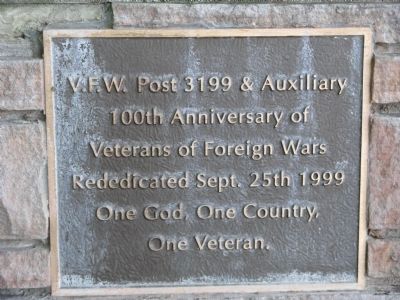 By Syd Whittle, May 29, 2009
3. Modesto War Memorial
Plaque Mounted on Back of Monument
V.F.W Post 3199 & Auxiliary
100th Anniversary of
Veterans of Foreign Wars
Rededicated Sept. 25th 1999
One God, One Country,
One Veteran 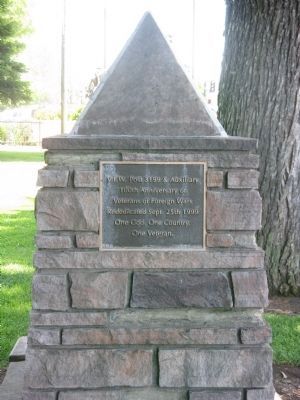 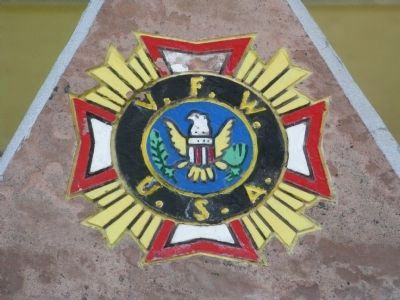