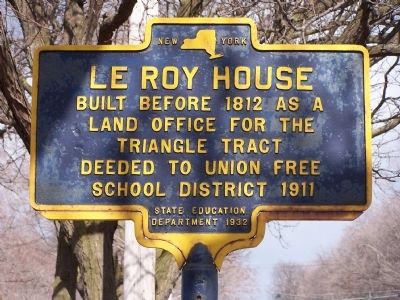 Photographed By Pamela Scott, April 2, 2011
1. Le Roy House Marker
Inscription.
Le Roy House. . Built before 1812 as a land office for the Triangle Tract. Deeded to Union Free School District 1911. . This historical marker was erected in 1932 by New York State Education Departmentment. It is in LeRoy in Genesee County New York

Built before 1812 as a land office for the Triangle Tract. Deeded to Union Free School District 1911.

Topics. This historical marker is listed in this topic list: Settlements & Settlers. A significant historical year for this entry is 1812.

More about this marker. The Le Roy House is the location of the Le Roy Historical Society. The Jell-O Factory museum is located directly behind the house. 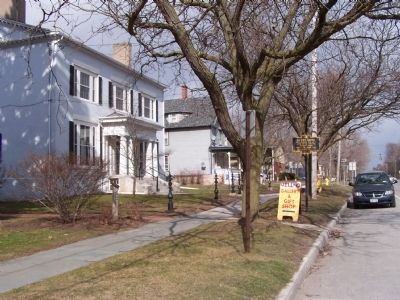 Click or scan to see
this page online
The house was originally a land office, expanded in two stages during the 19th century by its builder, Jacob Le Roy, an early settler for whom the village is named. After the Revolutionary War, Robert Morris bought the land west of the Genesee River which now makes up Western New York from the state of Massachusetts. Most of this he later sold to the Holland Land Company, but in 1793 the New York firm of LeRoy & Bayard acquired 87,000 acres from him. Because of its shape, stretching from the current village of Le Roy to the shores of Lake Ontario and widening to the north, it was called the Triangle Tract. 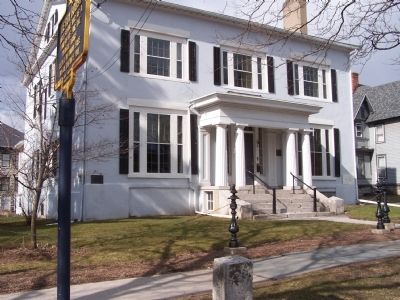