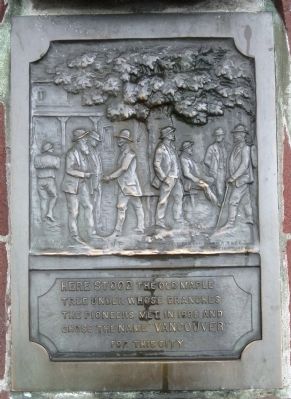 Photographed By Andrew Ruppenstein, June 10, 2010
1. The Old Maple Marker
Inscription.
The Old Maple. .
Here stood the old maple tree under whose branches the pioneers met in 1885 and chose the name "Vancouver" for this city.. . This historical marker is in Vancouver in Greater Vancouver British Columbia

Here stood the old maple
tree under whose branches
the pioneers met in 1885 and
chose the name "Vancouver"
for this city.

Topics. This historical marker is listed in this topic list: Settlements & Settlers. A significant historical year for this entry is 1885.

Also see . . .  Vancouver. GeoBC provides a short history of Vancouver and its name: 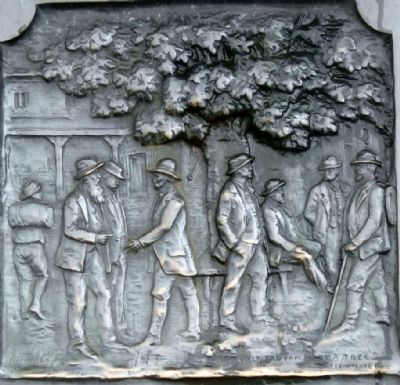 Photographed By Andrew Ruppenstein, June 10, 2010
2. The Old Maple Marker- closeup of artwork on marker
In the lower left of the image is what appears to be the artist's name, although illegible. In the lower right there is an oddity of sorts: The last half of the last couplet in Joyce Kilmer's poem Trees, "Only God can make a tree". 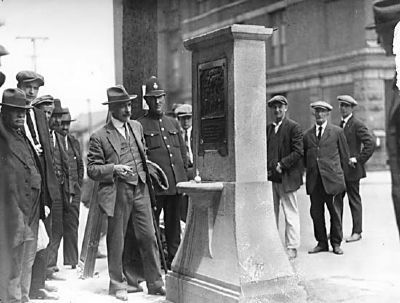 Photographed By Stuart Thompson, June 13, 1925
3. Charles Marega unveils Maple Tree Memorial
This 1925 image, courtesy of the City of Vancouver Archives, shows the unveiling of the Maple Tree Memorial - a fountain with this marker, at the intersection of Water and Carrall Streets (the location of Maple Tree Square). The marker is now mounted, however, on the statue of John "Gassy Jack" Deighton in Maple Tree Square. 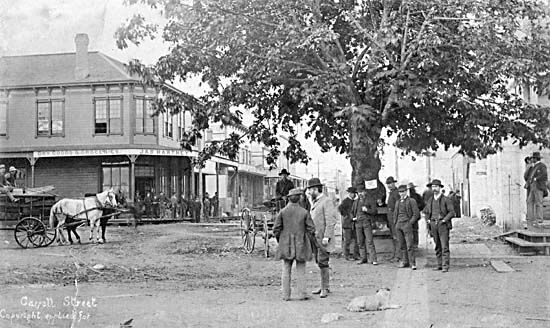 Photographed By H.T. Devine, June 7, 1886
4. View looking south up Carrall Street, with the Old Maple Tree
This 1886 photo of the Maple Tree, courtesy of the City of Vancouver Archives, would seem to bear more than a passing resemblance to the image on the marker. Taken in June 1886, shortly after Vancouver was incorporated. Prior to incorporation, the area had formally been known as Granville, and also informally as "Gastown" (after the founder of the settlement, John "Gassy Jack" Deighton). 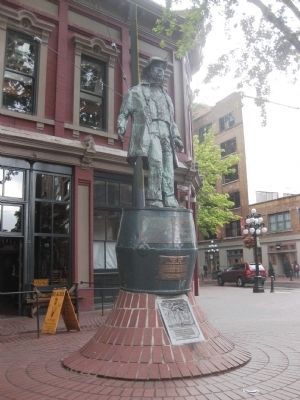 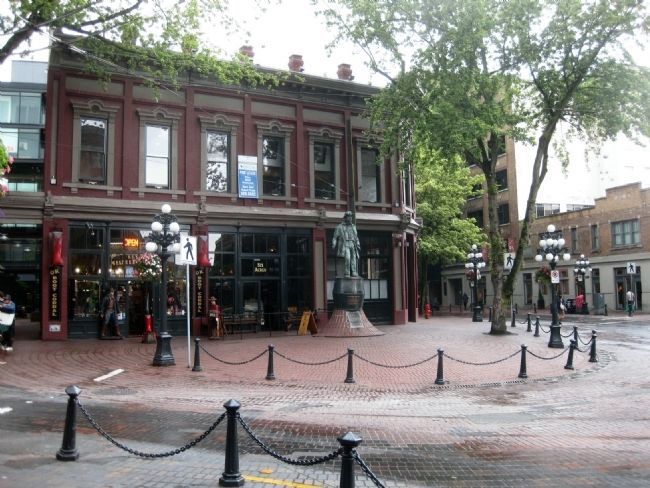