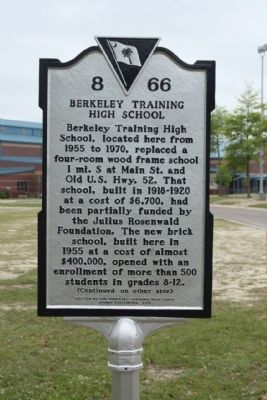 Topics and series. This historical marker is listed in this topic list: Education. In addition, it is included in the Rosenwald Schools series list. A significant historical year for this entry is 1955. 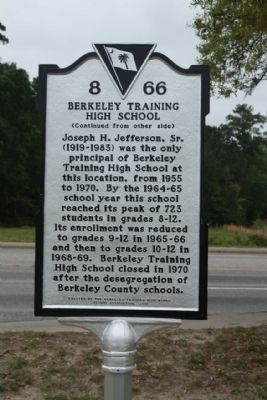 Click or scan to see
this page online
33° 12.05′ N, 79° 59.693′ W. Marker is in Moncks Corner, South Carolina, in Berkeley County. Marker is on North Live Oak Drive (U.S. 17), on the right when traveling north. Located at the driveway for Berkeley Middle School campus. Touch for map. Marker is at or near this postal address: 320 North Live Oak Drive, Moncks Corner SC 29461, United States of America. Touch for directions. 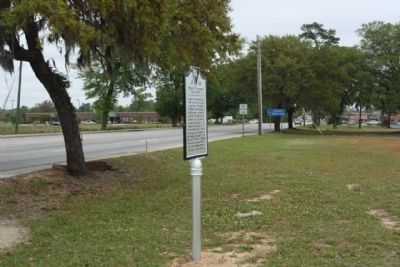 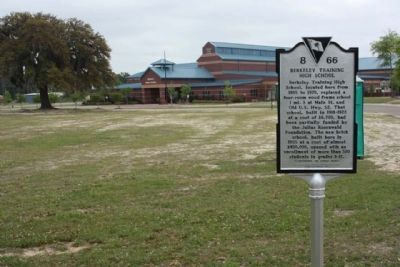 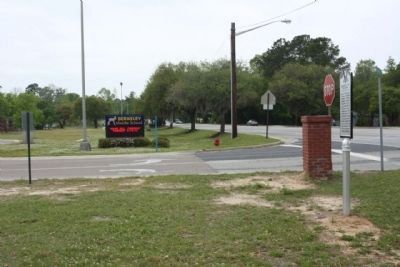