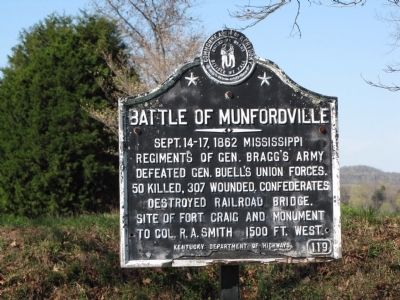 Topics and series. This historical marker is listed in these topic lists: Bridges & Viaducts • Forts and Castles • Railroads & Streetcars • War, US Civil. In addition, it is included in the Kentucky Historical Society series list. A significant historical date for this entry is September 14, 2007.

Location. 37° 15.633′ N, 85° 53.317′ W. Marker is near Munfordville, Kentucky, in Hart County. Marker can be reached from the intersection of Woodsonville Road and Charlie Downing Road. Marker is located near the back end of the Old Green River Union church cemetery. Touch for map. Marker is in this post office area: Munfordville KY 42765, United States of America. Touch for directions.

Other nearby markers. At least 8 other markers are within walking distance of this marker. Fort Craig (about 500 feet away, measured in a direct line); L&N Railroad Bridge (approx. 0.2 miles away); Kentucky and the Western War 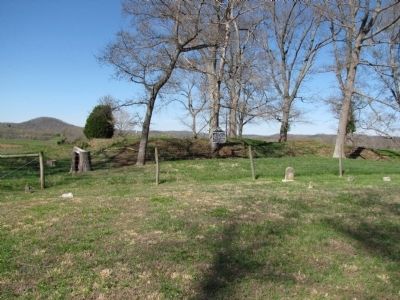 By Lee Hattabaugh, April 6, 2011
2. Battle of Munfordville Marker
Marker is on other side of the cemetery fence. No access to the marker or Fort Craig site (behind the marker) through the cemetery.

Related markers. Click here for a list of markers that are related to this marker. There are two Kentucky Historical Society markers numbered 119. Both have the same title but different text. They are about a half mile apart. 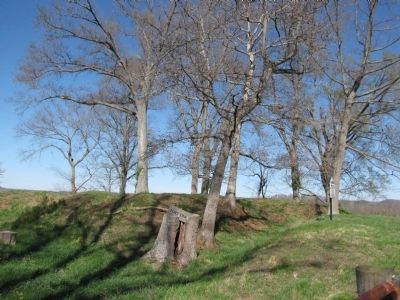 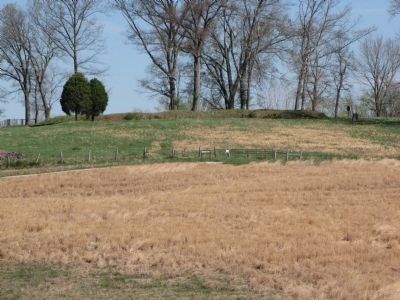 By Lee Hattabaugh, April 6, 2011
4. Battle of Munfordville Marker
Fort Craig and marker as seen from the battlefield trail. 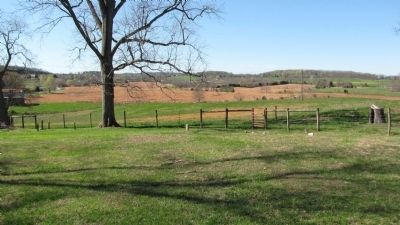 By Lee Hattabaugh, April 6, 2011
5. Battle of Munfordville Marker
view of Munfordville battlefield from the Green River Union cemetery. Fort Craig site and marker are to the right. 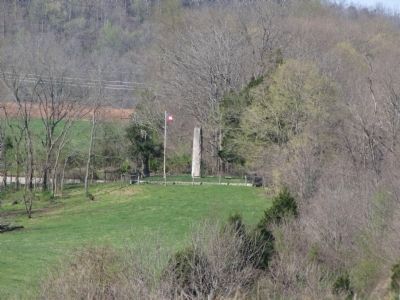 By Lee Hattabaugh, April 6, 2011
6. Smith monument
located on private property near the railroad, this picture is taken from the battlefield trail. 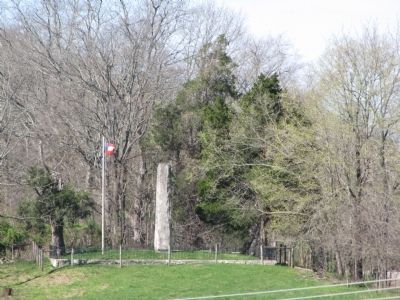