In Memory Our War Dead 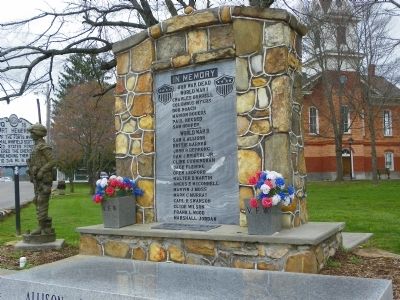 , David L. Dailey . This historical marker was erected by Veterans of Foreign Wars. It is in Hayesville in Clay County North Carolina

Erected by Veterans of Foreign Wars.

Location. 35° 2.738′ N, 83° 49.102′ W. Marker is in Hayesville, North Carolina, in Clay County. Marker is at the intersection of Main Street and Herbert Street, on the right when traveling north on Main Street. Touch for map. Marker is in this post office area: Hayesville NC 28904, United States of America. Touch for directions.

Other nearby markers. At least 8 other markers are within 9 miles of this marker, measured as the crow flies. Fort Hembree (a few steps from this marker); Historic Clay County Courthouse (within shouting 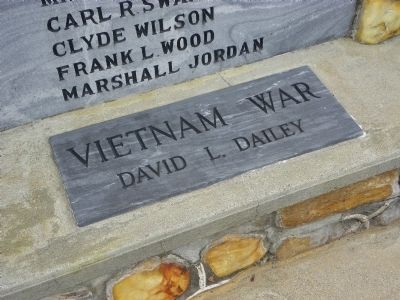 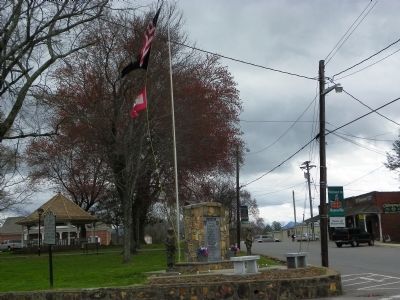 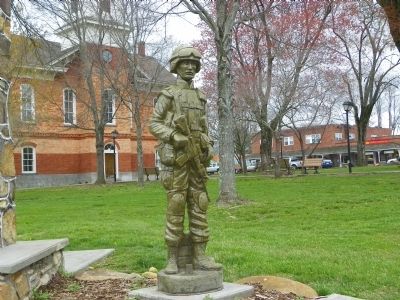