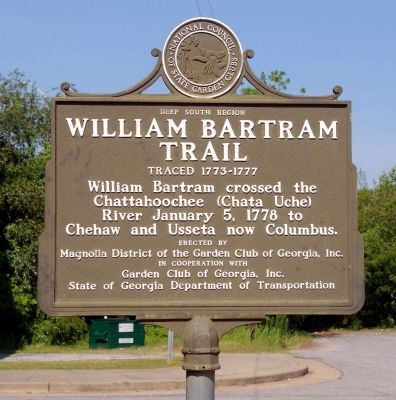 Topics and series. This historical marker is listed in these topic lists: Colonial Era • Horticulture & Forestry. In addition, it is included in the William Bartram Trails series list. A significant historical date for this entry is January 5, 1912.

Other nearby markers. At least 8 other markers are within walking distance of this marker. Dedicated to the Veterans of 1898 to 1902 (about 500 feet away, measured in a direct line); Oglethorpe Meets the Indians at Coweta (approx. 0.2 miles away); John McIlhenny Home 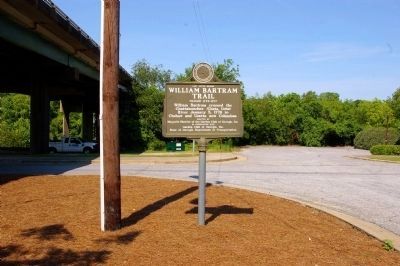 By David Seibert, May 1, 2011
2. William Bartram Trail Marker
Fourth Street is to the right (and dead ends at the Chattahoochee River), and the Veterans Parkway bridge/overpass is to the left. 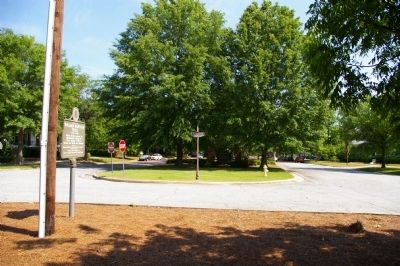