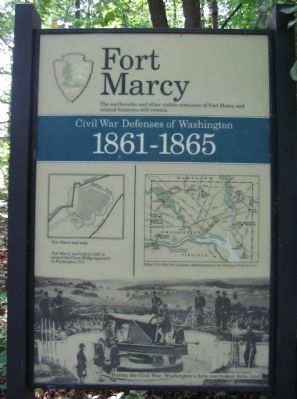 By Craig Swain, August 24, 2007
1. Fort Marcy Marker
Inscription.
Fort Marcy. . . Civil War Defenses of Washington . 1861-1865 . . The earthworks and other visible remnants of Fort Marcy and related batteries still remain. . . Fort Marcy was built in 1862 to protect the Chain Bridge approach to Washington, D.C. . This historical marker was erected by National Park Service. It is in McLean in Fairfax County Virginia

The earthworks and other visible remnants of Fort Marcy and related batteries still remain.

Fort Marcy was built in 1862 to protect the Chain Bridge approach to Washington, D.C.

Location. 38° 56.05′ N, 77° 7.533′ W. Marker is in McLean, Virginia, in Fairfax County. Marker can be reached from George Washington Parkway, on the right when traveling west. Located inside the Fort Marcy Park, at the start of the trail leading from the parking area to the fort. The park is best reached from west bound George Washington Parkway, with no exits from the east bound lanes. Touch for map. Marker is in this post office area: Mc Lean VA 22101, United States of America. Touch for directions.

Other nearby markers. At least 8 other markers are within walking distance of this marker. Fort Marcy, Virginia (a few steps from this marker); Auxiliary Battery (within shouting distance 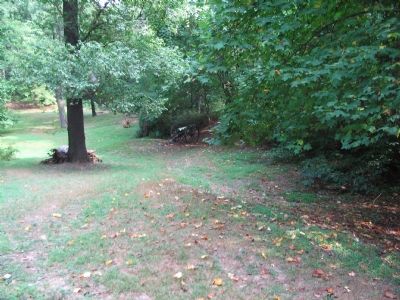 More about this marker. The marker displays a Fort Marcy trail map on the left. On the right is a map showing "Other Civil War fort locations administered by the National Park Service." The lower portion of the marker is a photograph from the war of a cannon mounted at one of Washington, DC's forts, "During the Civil War, Washington's forts overlooked farm land." The photograph is of a 100-pdr Parrott Rifled Cannon in place at the nearby Fort Totten during the war.

Also see . . .  Randolph B. Marcy, U.S. Army. ... Marcy’s 1859 book, The Prairie Traveler: A Handbook for Overland Expeditions, with Maps, Illustrations, and Itineraries of the Principal Routes between the Mississippi and the Pacific, written at the direction of the Department of State and published by the U.S. government, has been called one of the most important works in making possible the great Western overland migration of the United States in the last half of the 19th century. (Submitted on May 8, 2011, by Richard E. Miller of Oxon Hill, Maryland.) 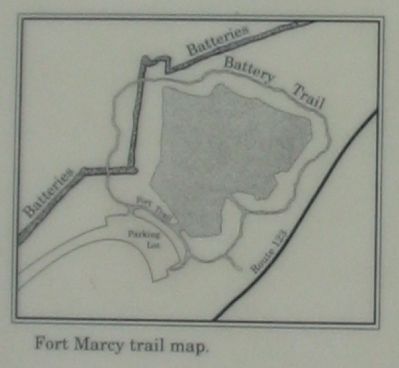 the fort was originally named for Major General W. F. "Baldy" Smith when built (not to be confused with the nearby Fort C.F. Smith), when built in September 1861. The fort was renamed in honor of Brigadier General Randolph Barns Marcy, father-in-law and Chief of Staff to General McClellan at the time. 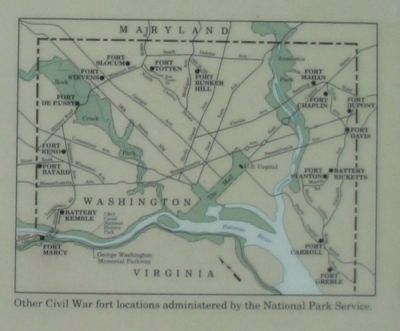 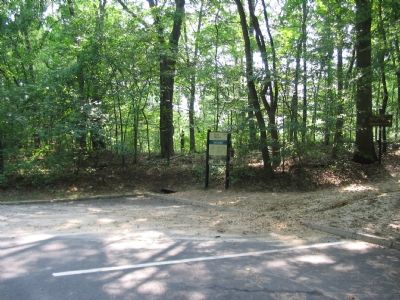 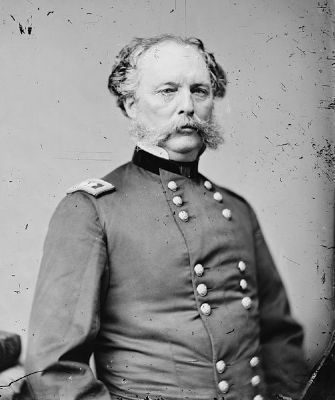