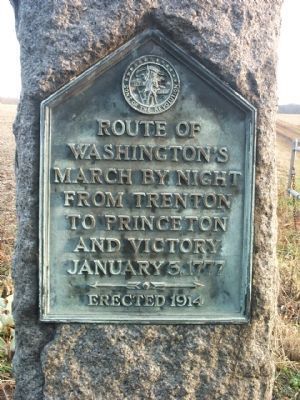 Topics and series. This historical marker is listed in these topic lists: Roads & Vehicles • War, US Revolutionary. In addition, it is included in the Sons of the American Revolution series list.

Location. 40° 19.33′ N, 74° 40.856′ W. Marker is in Princeton, New Jersey, in Mercer County. Marker is on Quaker Road, on the right when traveling north. This marker is next to a farm road on the Updike Farmstead which is run by the Historical Society of Princeton. Touch for map. Marker is at or near this postal address: 354 Quaker Road, Princeton NJ 08540, United States of America. Touch for directions. 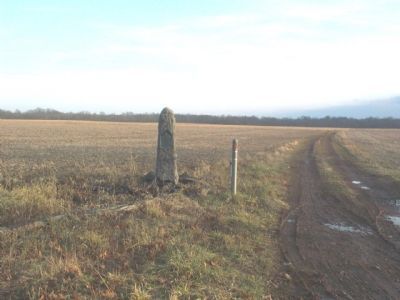 More about this marker. This is the eleventh in a series of 12 markers between Trenton and Princeton.