Near Here in Wise’s Field 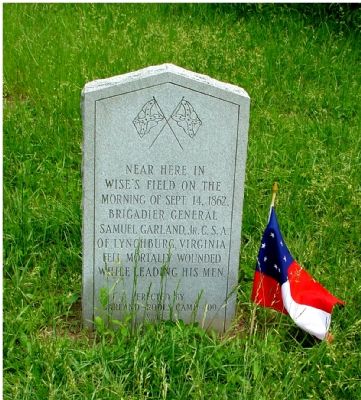 Near here in Wise's field on the morning of Sept. 14, 1862, Brigadier General Samuel Garland, Jr. C.S.A. of Lynchburg, Virginia fell mortally wounded while leading his men. 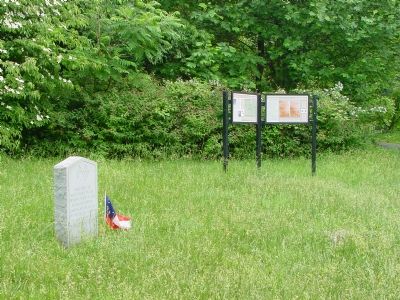 Additional commentary.
1. Monument apparently defaced by vandals.
Sometime during February of this year, vandals heavily chipped the monument and covered it with red paint. The Maryland Department of Natural Resources was investigating but had no leads.
— Submitted May 21, 2018, by Mark Hilton of Montgomery, Alabama. 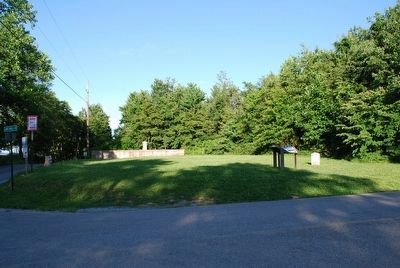 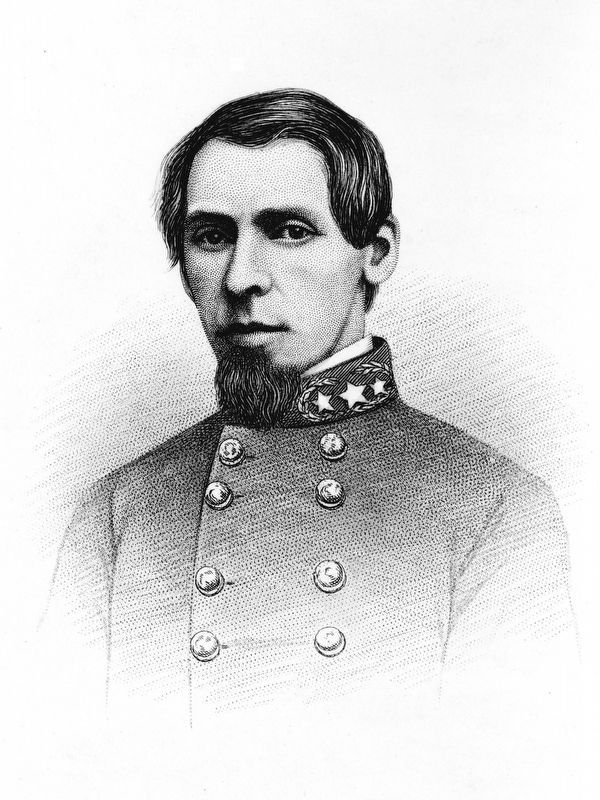