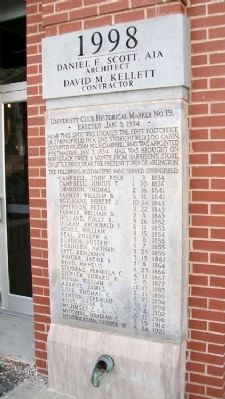 Near this spot was located the first post office in Springfield, in a one story, hewed log cabin, occupied by John Polk Campbell, who was appointed postmaster, Jan. 3, 1834. Mail was brought on horseback twice a month from Harrison's Store, on Little Piney, near the present town of Arlington. 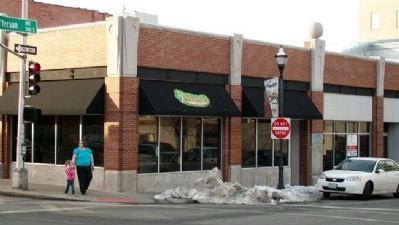 By William Fischer, Jr., February 12, 2011
2. First Post Office in Springfield Marker
Along Jefferson Avenue, on wall behind front of car

Topics and series. This historical marker is listed in these topic lists: Communications • Industry & Commerce • Settlements & Settlers. In addition, it is included in the Postal Mail and Philately 📭 series list. A significant historical date for this entry is January 3, 1833. 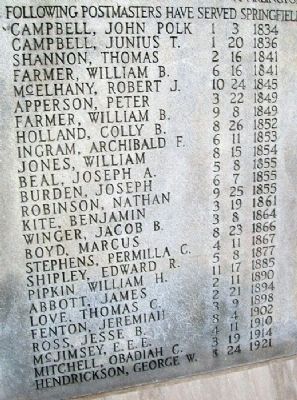