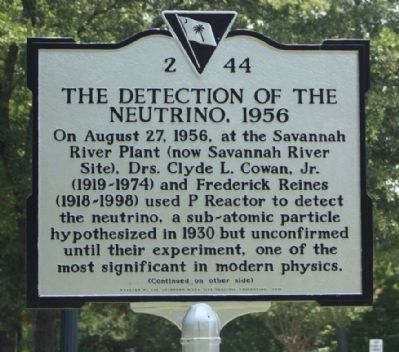 The Detection of the Neutrino, 1956
On August 27, 1956, at the Savannah River Plant (now Savannah River Site), Drs. Clyde L. Cowan, Jr. (1919-1974) and Frederick Reines (1918-1999) used P Reactor to detect the neutrino, a sub-atomic particle hypothesized in 1930 but unconfirmed until their experiment, one of the most significant in modern physics.
The Nobel Prize In Physics, 1995
In 1995 Dr. Frederick Reines was awarded the Nobel Prize in Physics for his and Dr. Clyde L. Cowan’s detection of the neutrino at the Savannah River Plant. The Nobel citation called their experiment “a pioneering contribution that opened the doors to the region of ‘impossible’ neutrino experiments.” 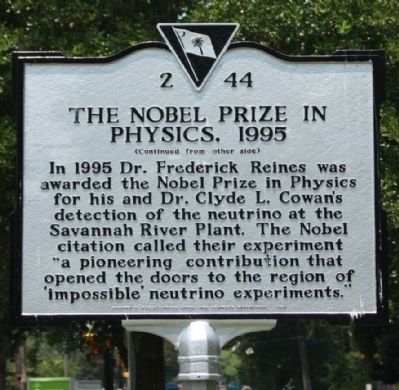 By Mike Stroud, June 5, 2011
2. The Nobel Prize In Physics, 1995 Marker
East (US 1) (U.S. 78), on the right when traveling east. Located between Chesterfield Street ,S (State Road 19) and York Street, SE in front of the Chamber of Commerce. Touch for map. Marker is in this post office area: Aiken SC 29801, United States of America. Touch for directions.

Regarding The Detection of the Neutrino, 1956 / The Nobel Prize In Physics, 1995. Aiken Standard
8/27/10
A crowd of more than 50 people gathered in front of the Greater Aiken Chamber of Commerce Friday morning to commemorate scientific history made in Aiken 54 years ago. Members of local government, county residents and Savannah River Site employees and their families kicked off the all-day celebration of the discovery of the neutrino, an elementary particle with no charge and nearly no mass first detected at SRS.
The discovery, made by a team led by Clyde Cowan and Frederick Reines, earned the only Nobel 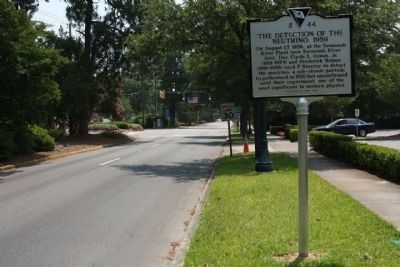 By Mike Stroud, June 5, 2011
3. The Detection of the Neutrino, 1956 Marker, looking east along Richland Avenue
Prize for physics ever awarded in the state of South Carolina to date."Neutrinos are the closest thing to nothing that's still something," SRS Heritage Foundation Executive Director Walt Joseph said last week, a sentiment that was also printed on T-shirts worn by several members of the audience."If the neutrino had never been detected, the conservation of energy would have always been in doubt," Joseph said Friday. The discovery of the neutrino came about when scientists were unable to account for a small amount of energy in their calculational models that they could not detect. Through the use of P Reactor at SRS, Cowan and Reines were able to detect the particle, which can pass through matter almost undisturbed. The importance of the discovery did not stop at its detection, Joseph said, but allowed scientists to apply the new knowledge to calculations related to the Big Bang, also known as the "Birth of the Universe." The ceremony's speakers, including County Council chairman Ronnie Young, praised the members of the audience - many of whom wore shirts with SRS emblems embroidered on them - for their contributions to an important piece of local history."Those who come after us will understand the heritage of the site," Young said.
Among the crowd on Friday morning were Marian Cowan Kriston and Elizabeth Cowan Riordon, daughters of the late Clyde Cowan, who returned to Aiken 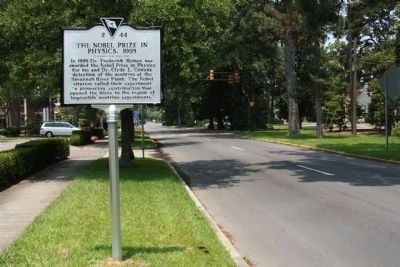 By Mike Stroud, June 5, 2011
4. The Nobel Prize In Physics, 1995 Marker, looking west
this week from Maryland and Ohio, respectively."The family is so excited, and we have such memories of Aiken. It is so wonderful that they've kept the history," said Marian, who was just over 1 year old at the time of the discovery. "It is so exciting what they're doing because the newcomers don't know the history."
Elizabeth, who was 11 years old when her father detected the neutrino at SRS, recalls the partnership between her father and Reines.
"Fred kept the math going, and Daddy - he liked the math, but he kept the equipment going," she said.
The historical marker, which now stands directly in front of the chamber building at 121 Richland Ave., was also unveiled during the ceremony. The plaque, a replica of the original plaque awarded by the U.S. Atomic Energy Commission which is now at the University of California-Irvine, was also officially unveiled at the ceremony.The celebration continued Friday afternoon with informative presentations at USCA's Etherredge Center. The crowd watched a video of the late Cowan discussing the experiments and research that led to the neutrino's detection, as well as presentations about neutrinos in particle astrophysics and neutrino research in using accelerators.
The evening concluded with a sit-down dinner at Newberry Hall and a speech by Dr. John Palms, distinguished president emeritus of the University of South Carolina.
The 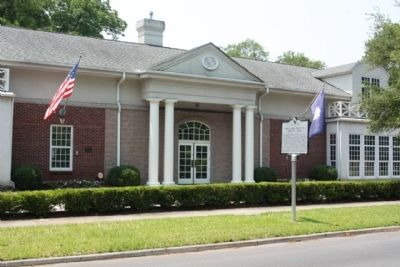 By Mike Stroud, June 5, 2011
5. The Detection of the Neutrino, 1956 / The Nobel Prize In Physics, 1995 Marker
seen in front of the Aiken Chamber of Commerce
event was part of Aiken's 175th anniversary celebration.

Also see . . .
1. Clyde Lorrain Cowan Jr, Wikipedia entry. Cowan joined the U.S. Army Chemical Warfare Service with the rank of Second Lieutenant when America joined World War II in 1941. In August 1942, he was transferred to Eisenhower's Eighth Air Force stationed in London, England. In 1943 he designed and built an experimental cleaning unit to be used in case of gas attack. In the following year, he joined the staff of the British Branch of the Radiation Laboratory of the Massachusetts Institute of Technology, which was located in Great Malvern, England. In 1945 he was a liaison officer with the Royal Air Force, working to expedite transmittal of technical information and equipment. He returned to the United States in 1945, and worked at Wright Patterson Air Force Base in Dayton, Ohio. He left active duty in 1946. (Submitted on June 5, 2011, by Mike Stroud of Bluffton, South Carolina.)

2. Frederick Reines,from Wikipedia. ...In 1944 Reines began working under Richard Feynman in the Theoretical Division of the Los Alamos National Laboratory, where Reines became a group leader in 1945. In 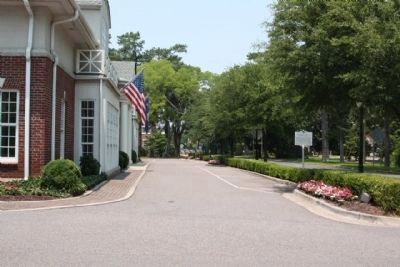 By Mike Stroud, 2011
6. The Detection of the Neutrino, 1956 / The Nobel Prize In Physics, 1995 Marker
Looking west along Richland Avenue, at the Chamber of Commerce
the early 1950s, working in Hanford and Savannah River laboratories (Submitted on June 5, 2011, by Mike Stroud of Bluffton, South Carolina.)

4. The Savannah River Site (SRS). a nuclear reservation in the United States in the state of South Carolina, located on land in Aiken, Allendale and Barnwell Counties adjacent to the Savannah River, 25 miles (40 km) southeast of Augusta, Georgia. The site was built during the 1950s to refine nuclear materials for deployment in nuclear weapons. It covers 310 square miles (800 km2) and employs more than 10,000 people. (Submitted on June 5, 2011, by Mike Stroud of Bluffton, South Carolina.)

5. SRS Heritage Foundation Newsletter, February 2012. Tour Schedule, site update- including: car went out of control as it was traveling east on Richland Avenue,jumped the curb, flattened the marker, the driver’s insurance will cover the cost of replacing the historical marker. (Submitted on June 5, 2012, by Mike Stroud of Bluffton, South Carolina.) 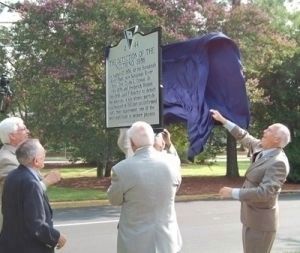 Wikipedia, circa 1956
8. Clyde Cowan conducting experiment leading to the detection of free neutrino 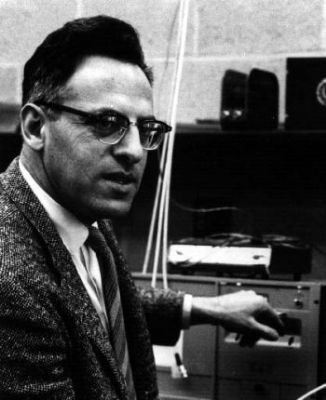