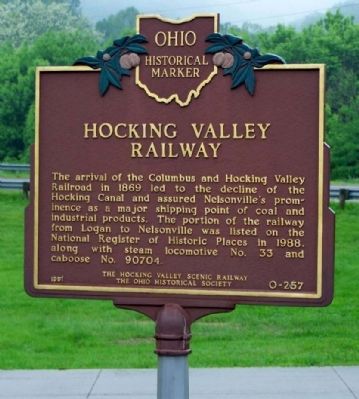 The arrival of the Columbus and Hocking Valley Railroad in 1869 led to the decline of the Hocking Canal and assured Nelsonville's prominence as a major shipping point of coal and industrial products. The portion of the railway from Logan in Nelsonville was listed on the National Register of Historic Places in 1988, along with steam locomotive #33 and caboose #90704.

Topics and series. This historical marker is listed in these topic lists: Industry & Commerce • Railroads & Streetcars. In addition, it is included in the Ohio Historical Society / The Ohio History Connection series list. A significant historical year for this entry is 1869. 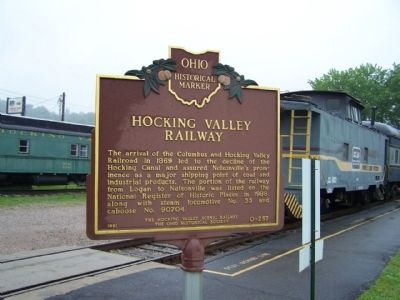 More about this marker. The marker number for this marker in the current Ohio Historical Society numbering system is 1-5. It was incorrectly numbered O-257 on its face.

Also see . . .  History of The Hocking Valley Railway Company. ...was the largest railroad in Ohio, extending from the Lake Erie port of Toledo through Columbus, and on to the Ohio River port of Pomeroy. Coal was the main business, yet it kept the finest passenger service in the State of Ohio. ... (Submitted on June 8, 2011, by Mike Stroud of Bluffton, South Carolina.) 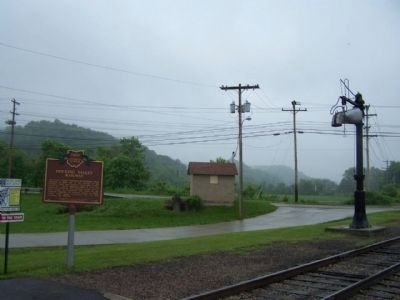 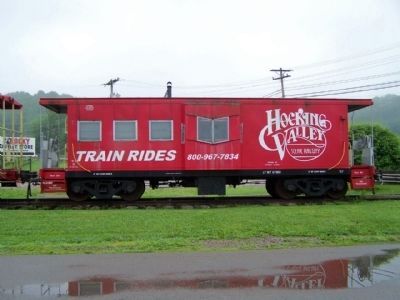 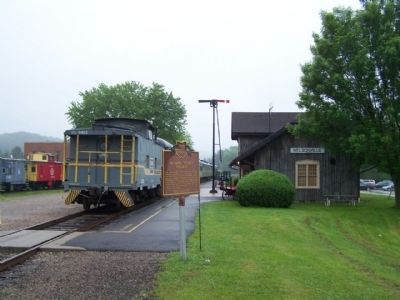 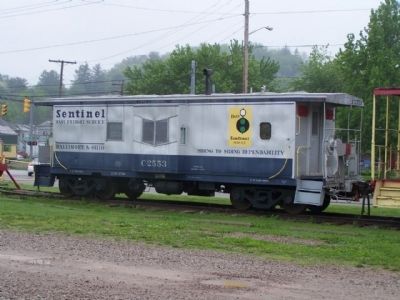 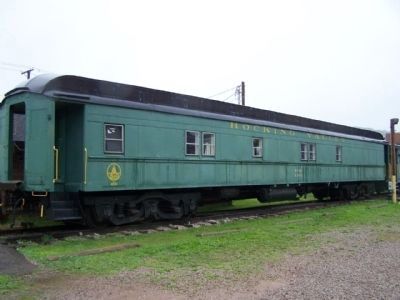 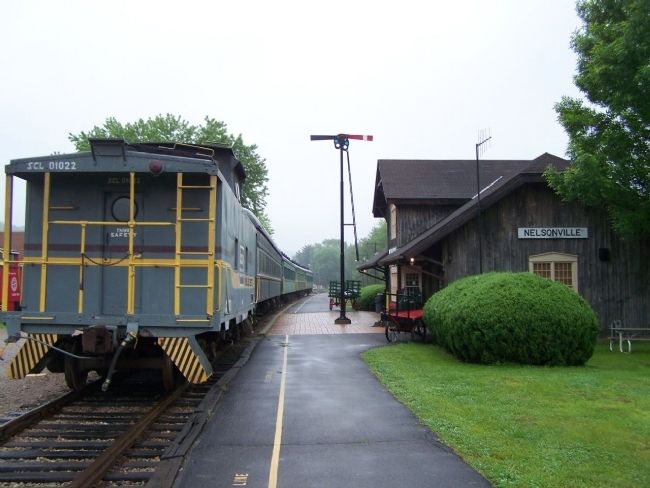