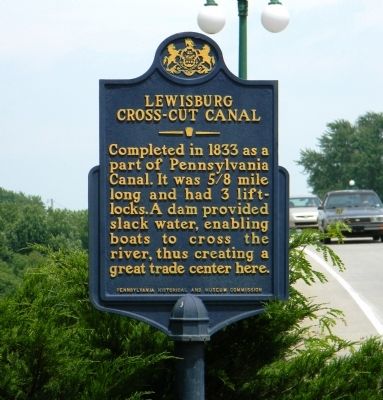 Completed in 1833 as a part of Pennsylvania Canal. It was 5/8 mile long and had 3 lift locks. A dam provided slack water, enabling boats to cross the river, thus creating a great trade center here.

Topics and series. This historical marker is listed in these topic lists: Industry & Commerce • Man-Made Features. In addition, it is included in the Pennsylvania Historical and Museum Commission series list. A significant historical year for this entry is 1833. 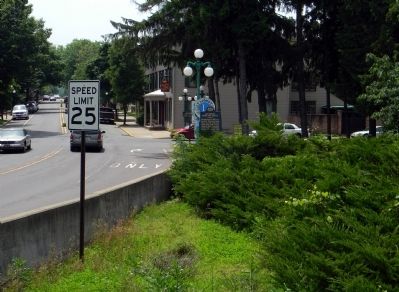 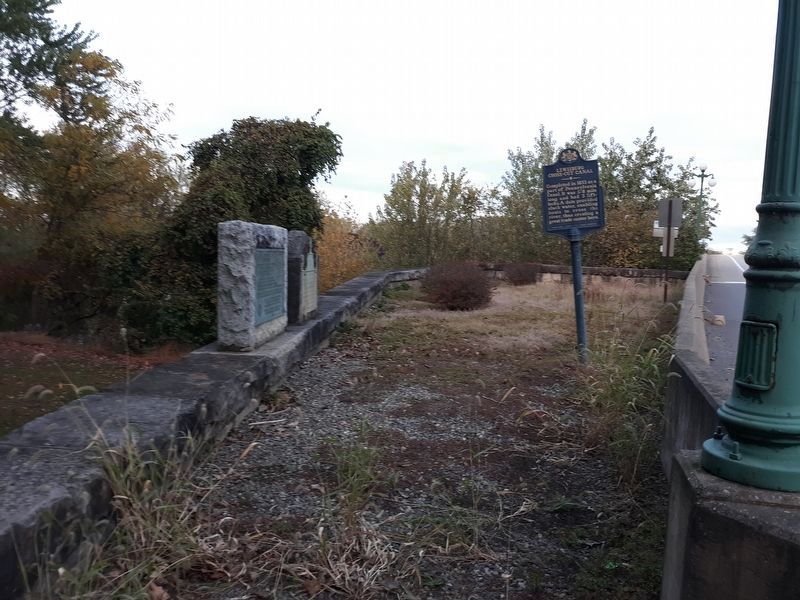 Editor’s want-list for this marker. Pics of the remains of the Cross-cut Canal: "It is still visible just west of the trail park west of Montandon; the linear depression that crosses Rt. 45 by the last row of trees. Lewisburg immediately linked up with a "cross-cut canal" running the mile from Montandon along the current path of Rt. 45. In the river are the remnants of the slack water dam just south (right .. downstream) of the Water St. corner, extending all the way across the river and visible only in low water." • Can you help?
Share This Page.