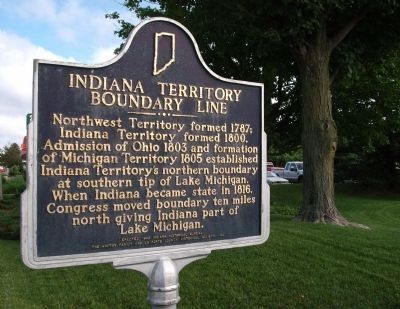 [Map of territorial boundary line at top of marker with following text under it]:

Topics and series. This historical marker is listed in this topic list: Landmarks. In addition, it is included in the Indiana Historical Bureau Markers series list. A significant historical year for this entry is 1787. 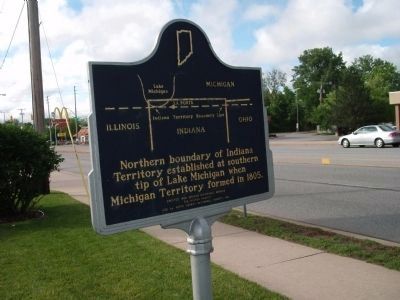 Click or scan to see
this page online
Avenue north of Weller / Truesdell Ave., on the right when traveling north. Located in front of "KFC" with the use of their parking lot. Touch for map. Marker is at or near this postal address: 213 Pine lake Avenue, La Porte IN 46350, United States of America. Touch for directions. 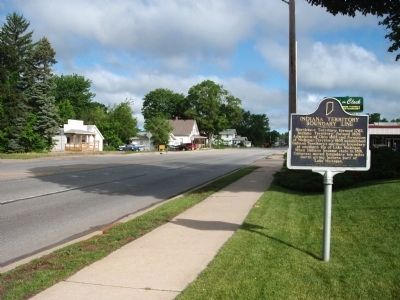 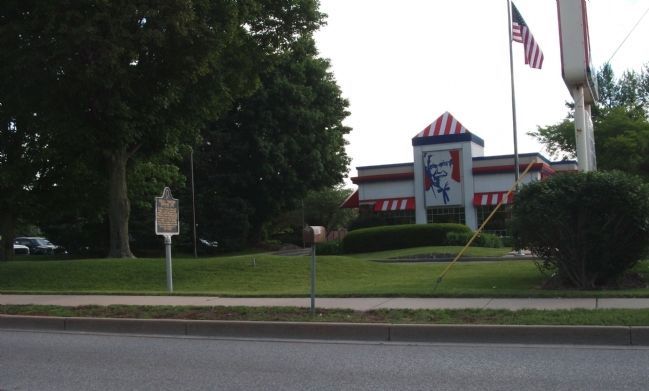