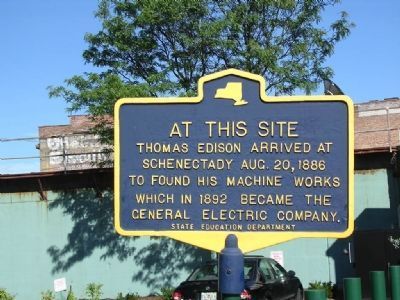 At this site Thomas Edison arrived at Schenectady Aug. 20, 1886 to found his Machine Works which in 1892 became the General Electric Company.

Location. 42° 48.836′ N, 73° 56.6′ W. Marker is in Schenectady, New York, in Schenectady County. Marker is on State Street (New York State Route 5), on the left when traveling east. The marker is beside the side walk at the end of the Schenectady Amtrak station parking lot and between the nearby business and the railroad bridge over the street. Touch for map. Marker is in this post office area: Schenectady NY 12305, United States of America. Touch for directions. 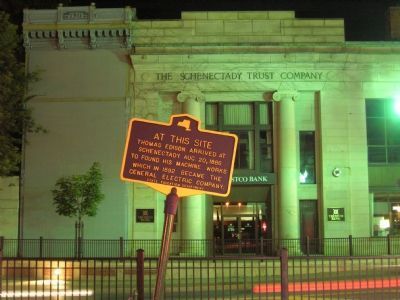 More about this marker. The set screw which holds this sign in place is loose so that the marker as able to rotate on its post. Therefore it may be facing a different direction depending on whether or not a passing pedestrian gives the sign a shove. 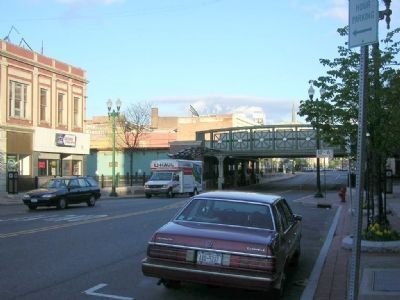 By Howard C. Ohlhous, May 6, 2005
3. State Street in Schenectady
The view is to the east. The marker is on the left, directly behind the green lamp post. 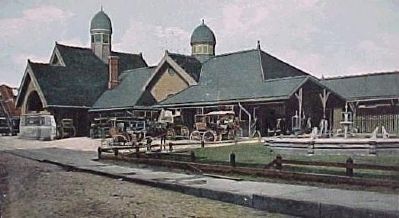 4. Schenectady Passenger Station
This was the third Schenectady passenger station, and was in place from 1883 until 1906, and in use when Edison arrived in Schenectady in 1886. 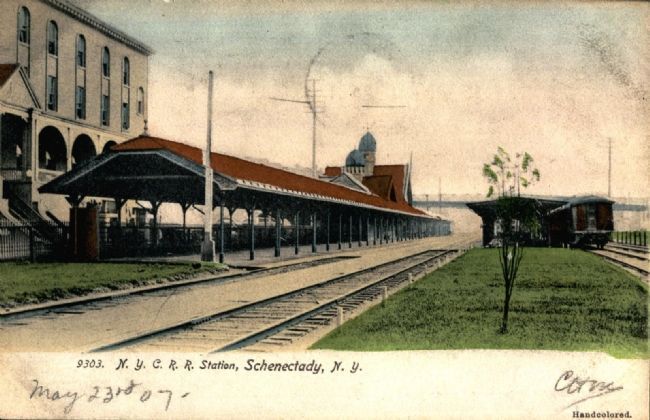 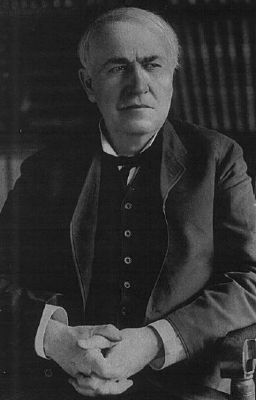