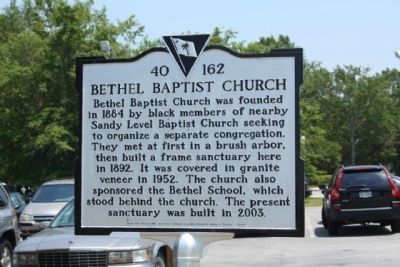 Bethel Baptist Church was founded in 1884 by black members of nearby Sandy Level Baptist Church seeking to organize a separate congregation. They met at first in a brush arbor, then built a frame sanctuary here in 1892. It was covered in granite veneer in 1952. The church also sponsored the Bethel School, which stood behind the church. The present sanctuary was built in 2003.

Location. 34° 12.948′ N, 80° 58.676′ W. Marker is in Blythewood, South Carolina, in Richland County. Marker is on McNulty Road near Boney Road, on the right when traveling west. Touch for map. Marker is in this post office area: Blythewood SC 29016, United States of America. Touch for directions. 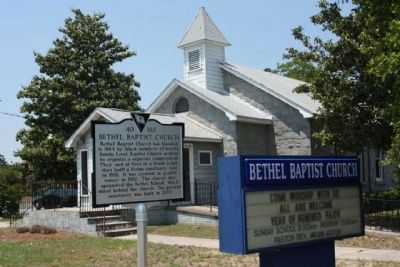 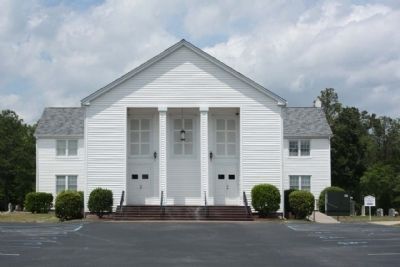