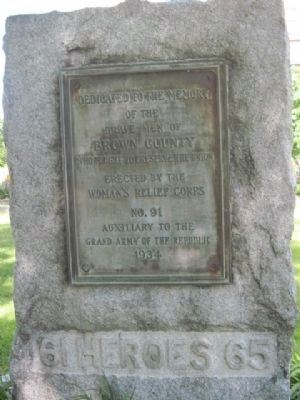 Dedicated To The Memory of the brave men of Brown County who fought to preserve the union. Erected by the Woman's Relief Corps No.91. Auxiliary to the Grand Army of the Republic 1934

Topics. This historical marker memorial is listed in this topic list: War, US Civil. A significant historical year for this entry is 1934. 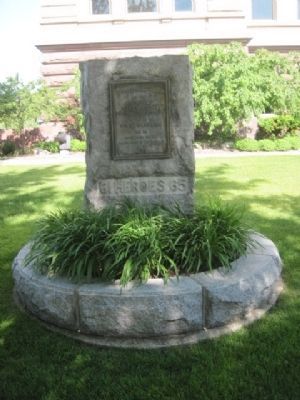 Click or scan to see
this page online
(about 500 feet away); Birthplace Of The Packers (approx. 0.2 miles away). Touch for a list and map of all markers in Green Bay. 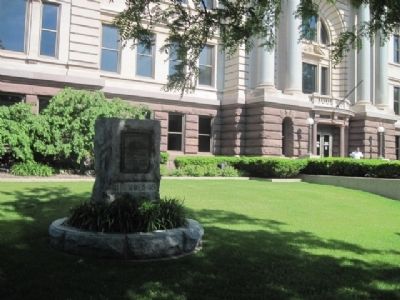 By Robert L Weber, June 12, 2011
3. Marker with Brown County Courthouse behind it 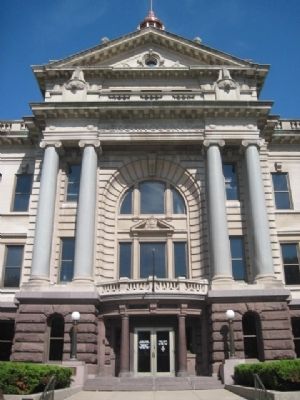