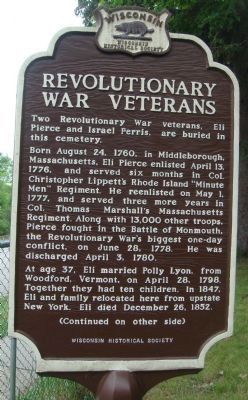 Born August 24, 1760, in Middleborough, Massachusetts, Eli Pierce enlisted April 13, 1776, and served six months in Col. Christopher Lippett's Rhode Island "Minute Men" Regiment. He reenlisted on May 1, 1777, and served three more years in Col. Thomas Marshall's Massachusetts Regiment. Along with 13,000 other troops, Pierce fought in the Battle of Monmouth, the Revolutionary War's biggest one-day conflict, on June 28, 1778. He was discharged April 3, 1780. 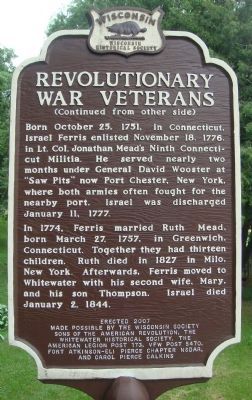 Click or scan to see
this page online
March 27, 1757, in Greenwich, Connecticut. Together they had thirteen children. Ruth died in 1827 in Milo, New York. Afterwards, Ferris moved to Whitewater with his second wife, Mary, and his son Thompson. Israel died January 2, 1844.

Topics and series. This historical marker is listed in these topic lists: Cemeteries & Burial Sites • War, US Revolutionary. In addition, it is included in the Sons of the American Revolution (SAR), and the Wisconsin Historical Society series lists. A significant historical date for this entry is January 11, 1856.

Other nearby markers. At least 8 other markers are within 10 miles of this marker, measured as the crow flies. Whitewater Historical Society Depot Museum (approx. half a mile away); Whitewater Passenger Depot 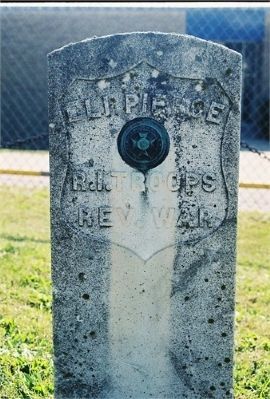 Ruth was born and was married in Dutchess County NY. See North Norwich, Early Settlements in the History of Madison and Chenango Counties.
— Submitted March 30, 2012, by Hazel Mead Richmond of Gaithersburg, MD. 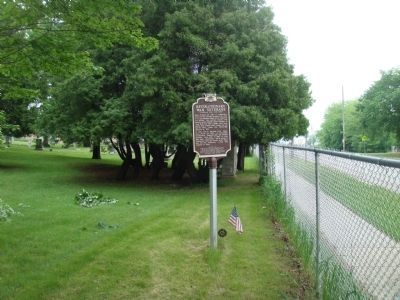 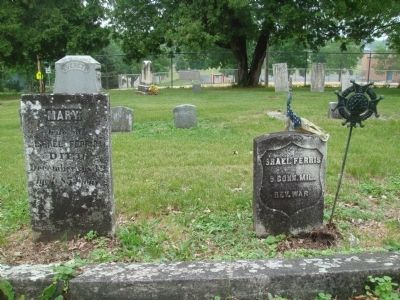 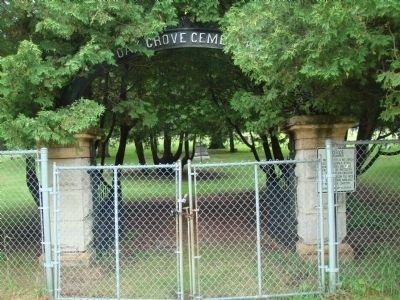 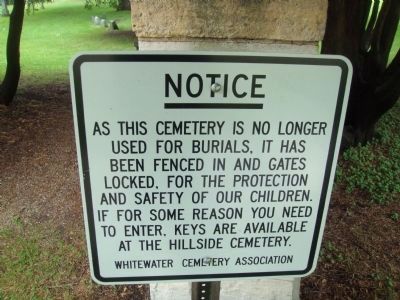