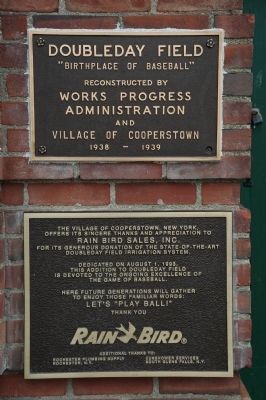 
Topics and series. This historical marker is listed in this topic list: Sports. In addition, it is included in the Works Progress Administration (WPA) projects series list. A significant historical year for this entry is 1938.

Location. 42° 41.977′ N, 74° 55.577′ W. Marker is in Cooperstown, New York, in Otsego County. Marker can be reached from Main Street. Marker is on the right of the grandstand at the end of Doubleday Court. Touch for map. Marker is in this post office area: Cooperstown NY 13326, United States of America. Touch for directions. 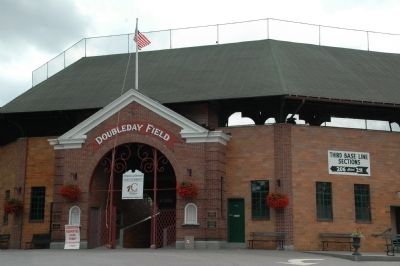 Click or scan to see
this page online
(approx. 0.2 miles away); Pomeroy Place (approx. ¼ mile away). Touch for a list and map of all markers in Cooperstown.

Regarding Doubleday Field. The grounds have been used for baseball since 1920, on what was Elihu Phinney's farm. A wooden grandstand was built in 1924, later replaced by a steel and concrete grandstand built in 1939 by the Works Project Administration. Subsequent expansion has increased seating capacity to 9,791 spectators.
Each year from 1940 to 2008, Doubleday Field hosted the Hall of Fame Game. Originally a contest between "old-timers" teams, it later became an exhibition game between two major league squads. Traditionally, the game was held during the annual induction weekend of the nearby Baseball Hall of Fame, but in later years it was scheduled in May or June, to accommodate the participating teams' travel schedules.


Named after Abner Doubleday (1819-1893), a Union Army General and allegedly the originator of baseball, Doubleday Field is as real as baseball stadiums get.
Doubleday Field, with its covered grandstand behind home plate and bleachers that nearly surround the field, is a baseball landmark. Constructed in the 1920s and 1930s partly with donations from baseball fans and largely with 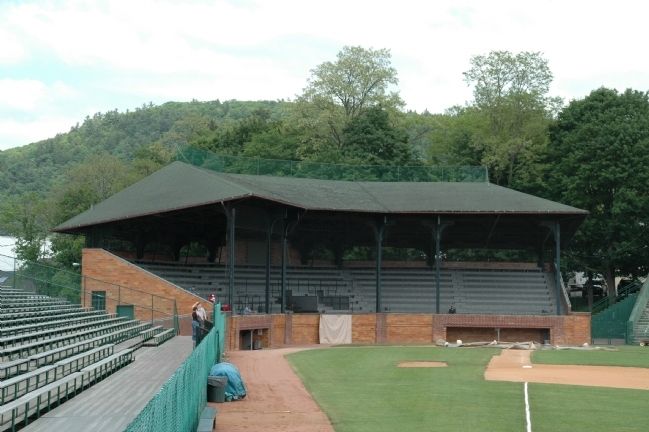 By Howard C. Ohlhous, June 10, 2011
3. Doubleday Field
the funding and labor of the Works Progress Administration, Doubleday Field is a Depression-era gem. Today, Doubleday Field is owned entirely by the citizens of the Village of Cooperstown, and the field carries on in the tradition of America's favorite pastime at the "Birthplace of Baseball". 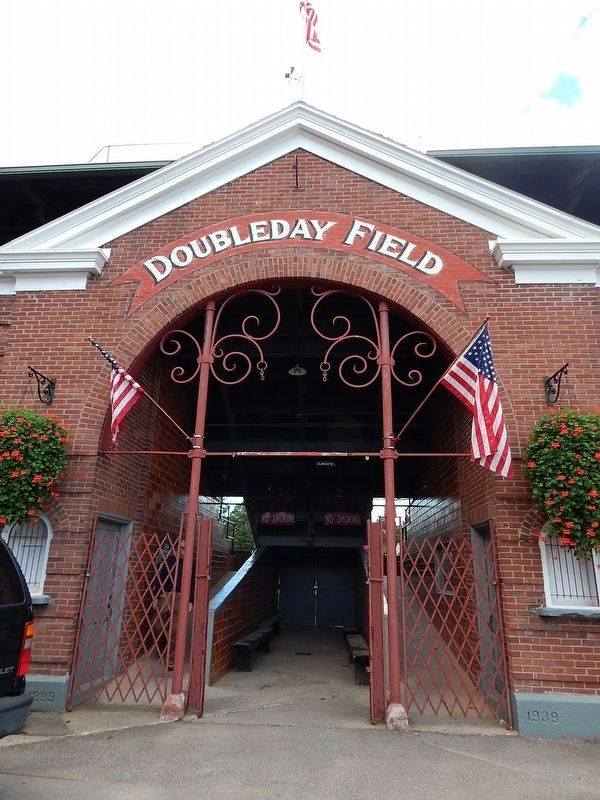 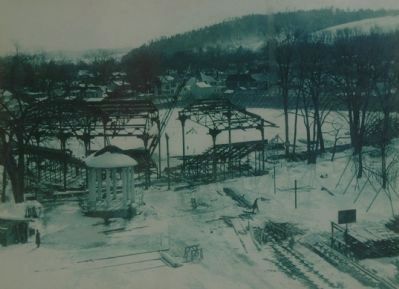