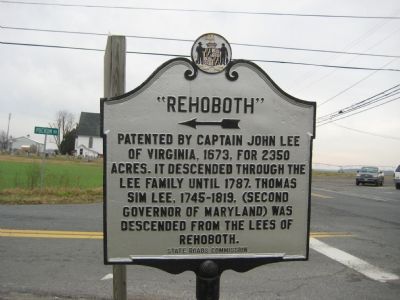 By F. Robby, December 8, 2007
1. "Rehoboth" Marker
Inscription.
"Rehoboth". . Patented by Captain John Lee of Virginia, 1673, for 2350 acres. It descended through the Lee family until 1787. Thomas Sim Lee, 1745-1819, (second Governor of Maryland) was descended from the Lees of Rehoboth. . This historical marker was erected by State Roads Commission. It is in Eldorado in Dorchester County Maryland

Other nearby markers. At least 8 other markers are within 6 miles of this marker, measured as the crow flies. Chesapeake Bay Restoration in Progress (approx. 4.7 miles away); Sharptown War Memorial (approx. 4.8 miles away); The African American Story in the Indian Town (approx. 5.3 miles away); The native people of the Chicacone Village...the Nanticokes 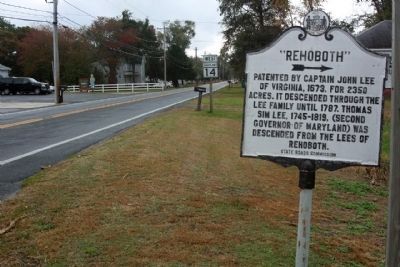 Regarding "Rehoboth". From the Maryland Historical Trust: "The association of Rehoboth with Richard Henry Lee and Francis Lightfoot Lee, each a Signer of the Declaration of Independence, as well as the interstate relationship between the Lees of Virginia and the Lees of Maryland, brings this house into significant historical focus. Descending through the family of the second elected Governor of Maryland, Thomas Sim Lee, adds to its historical value. The house is also significant for its architecture." 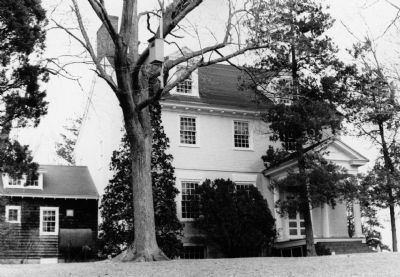