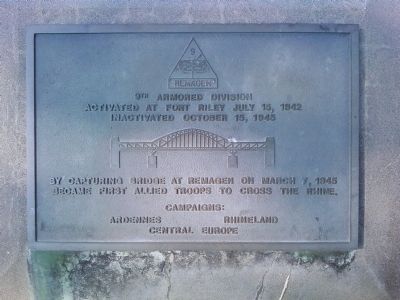 By capturing bridge at Remagen on March 7, 1945 became first allied troops to cross the Rhine.

Topics. This historical marker is listed in these topic lists: Notable Events • War, World II. A significant historical month for this entry is March 2005.

Location. 39° 3.806′ N, 96° 46.946′ W. Marker is in Fort Riley, Kansas, in Geary County. Marker can be reached from the intersection of Sheridan Avenue and Arnold Avenue, on the left when traveling west. Located near the parade ground and Fort Riley museum. Touch for map. Marker is in this post office area: Fort Riley KS 66442, United States of America. Touch for directions. 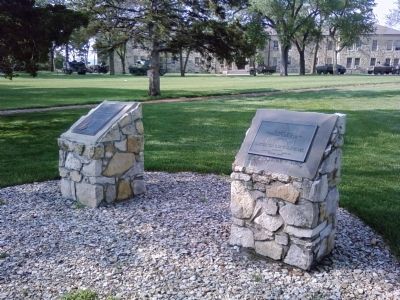 By Lee Hattabaugh, May 11, 2011
2. 9th Armored Division Marker
Closest to camera in this view. 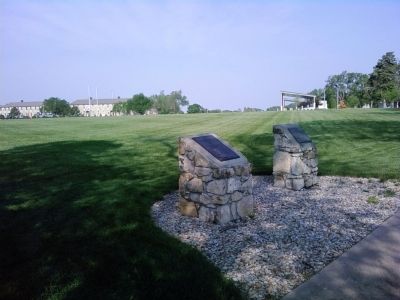