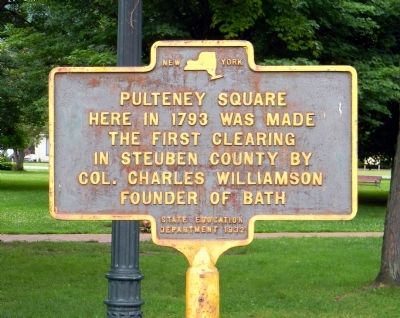 Here in 1793 was made the first clearing in Steuben County by Col. Charles Williamson founder of Bath

Topics. This historical marker is listed in this topic list: Settlements & Settlers. A significant historical year for this entry is 1793. 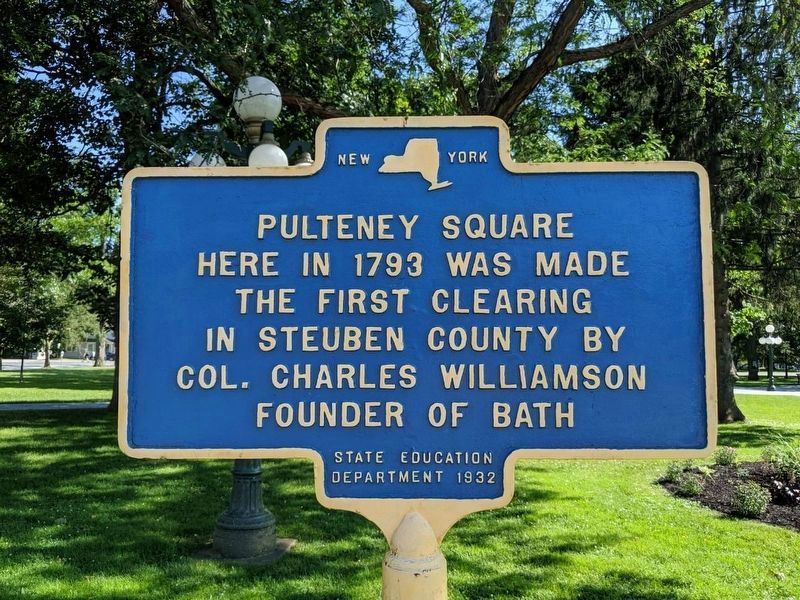 Click or scan to see
this page online
(approx. ¼ mile away); John Magee House (approx. 0.3 miles away). Touch for a list and map of all markers in Bath.

Also see . . .  Charles Williamson: The Pulteney Estates in the Genesee Lands by John H. Martin. (Submitted on June 30, 2011, by PaulwC3 of Northern, Virginia.) 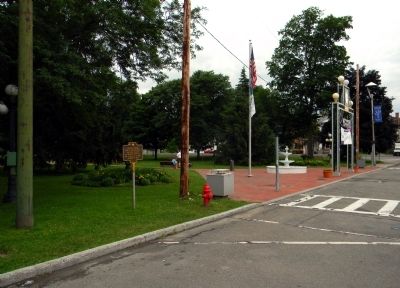