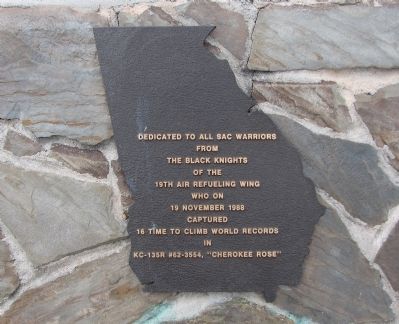 Topics. This historical marker monument is listed in this topic list: Military.

Location. 32° 35.513′ N, 83° 35.243′ W. Marker is in Warner Robins, Georgia, in Houston County. Marker can be reached from Oak Avenue (U.S. 129) south of Russell / Robins Pkwy, on the left when traveling south. Located at the Museum of Aviation, adjacent to Robins AFB, behind Building 1. Touch for map. Marker is in this post office area: Warner Robins GA 31098, United States of America. Touch for directions.

Other nearby markers. At least 8 other markers are within 10 miles of this marker, measured as the crow flies. The Medal of Honor (a few steps from this marker); POW/MIA Memorial (within shouting distance of this marker); Boeing B-1B Lancer (about 300 feet away, measured in a direct line); Flint Electric Membership Corporation (approx. 2.2 miles away); Arthur Fort, 1750-1833 (approx. 5.9 miles away); Second Atlanta International Pop Festival 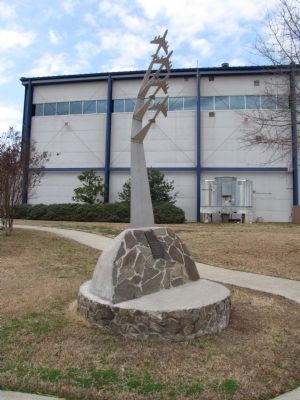