Stop on the Underground Railroad 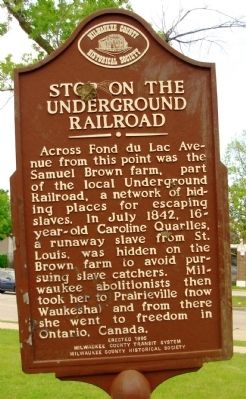 Across Fond du Lac Avenue from this point was the Samuel Brown farm, part of the local Underground Railroad, a network of hiding places for escaping slaves. In July 1842, 16-year-old Caroline Quarlles, a runaway slave from St. Louis, was hidden on the Brown farm to avoid pursuing slave catchers. Milwaukee abolitionists then took her to Prairieville (now Waukesha) and from there she went to freedom in Ontario, Canada.

[ A Twin marker is located on the reverse side of this marker. ]

Other nearby markers. At least 8 other markers are within 2 miles of 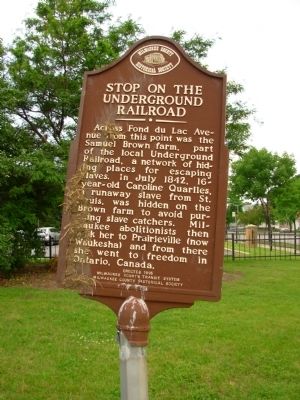 Related marker. Click here for another marker that is related to this marker. Marker for Lyman Goodnow, first conductor of Wisconsin's underground railroad.

Also see . . .  The Underground Railroad in Wisconsin. The earliest escape of which we have record is that of 16-year-old Caroline Quarlls, who arrived in Milwaukee in early August 1842 and was secretly helped by Wisconsin abolitionists around Chicago, through Indiana, across Michigan and into Canada. (Submitted on July 16, 2010.) 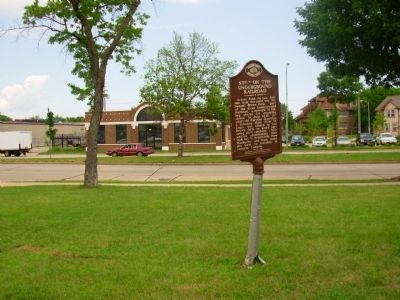