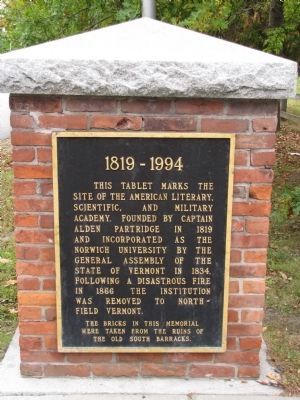 This tablet marks the site of the American Literary, Scientific, and Military Academy. Founded by Captain Alden Partridge in 1819 and incorporated as the Norwich University by the General Assembly of the State of Vermont in 1834. Following a disastrous fire in 1866 the institution was removed to Northfield Vermont.

The bricks in this memorial were taken from the ruins of the Old South Barracks.

Topics. This historical marker is listed in this topic list: Education. A significant historical year for this entry is 1819. 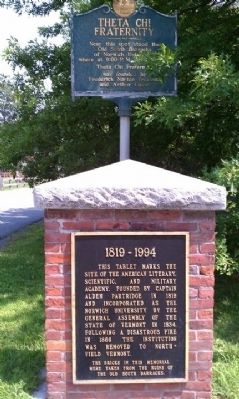