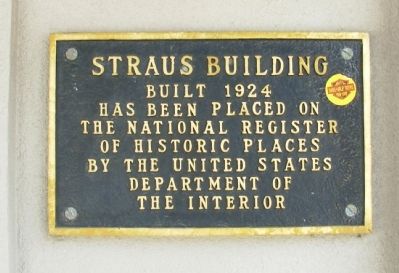 Photographed By Paul Fehrenbach, July 15, 2011
1. Straus Building Marker
Inscription.
Straus Building. . Built 1924 has been placed on the National Register of Historic Places by the United States Department of the Interior . This historical marker is in Milwaukee in Milwaukee County Wisconsin

Topics. This historical marker is listed in this topic list: Notable Buildings. A significant historical year for this entry is 1924. 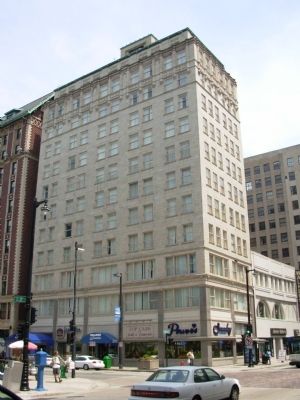 Photographed By Paul Fehrenbach, July 15, 2011
2. Straus Building Marker
Marker is located under the blue awning to the far left