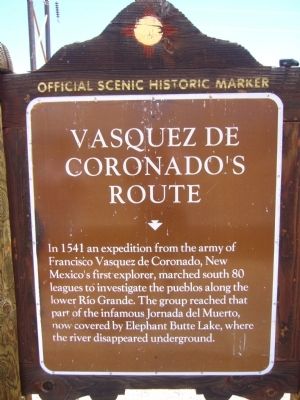 In 1541 an expedition from the army of Francisco Vásquez de Coronado, New Mexico’s first explorer, marched south 80 leagues to investigate the pueblos along the lower Río Grande. The group reached that part of the infamous Jornada del Muerto, now covered by Elephant Butte Lake, where the river disappeared underground.

Topics and series. This historical marker is listed in this topic list: Exploration. In addition, it is included in the El Camino Real de Tierra Adentro series list. A significant historical year for this entry is 1541. 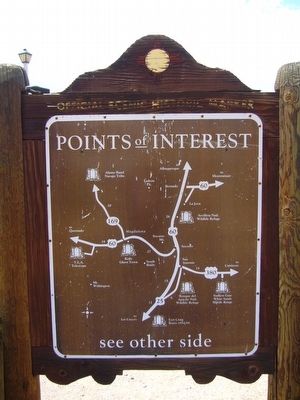 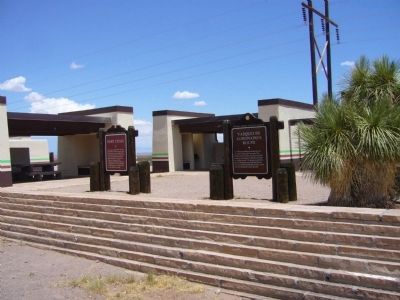