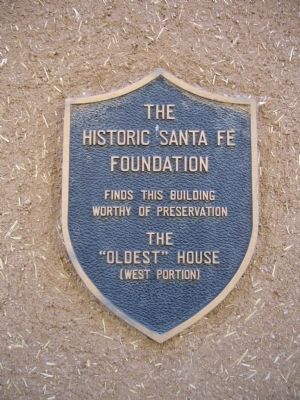 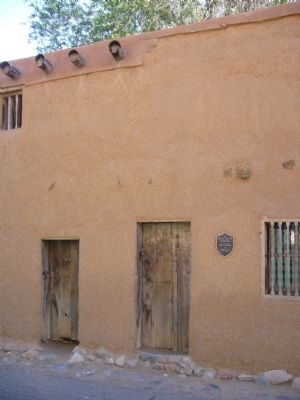 Regarding The "Oldest" House. An 800 year old home, later inhabited by Tlaxcaltecan Indians who came to Santa Fe with the Spanish Conquistadors and helped construct San Miguel Mission 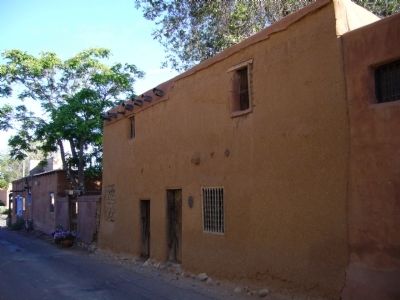 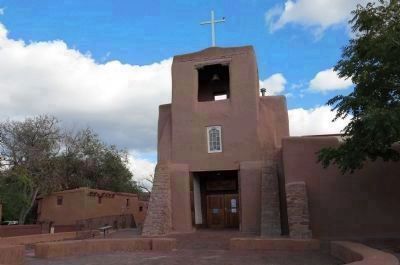 By Richard Denney, October 16, 2013
4. "Oldest" House and San Miguel Church
To provide some context of the location of these two historic structures, in this photo of San Miguel Church the "Oldest House" can be seen to the left of the church, with East De Vargas Street running between the two.
More. Search the internet for The "Oldest" House.