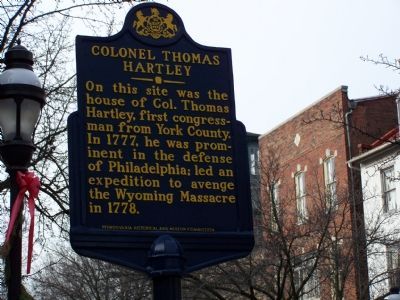 On this site was the house of Col. Thomas Hartley, first congressman from York County. In 1777, he was prominent in the defense of Philadelphia; led an expedition to avenge the Wyoming Massacre in 1778.

Topics and series. This historical marker is listed in this topic list: War, US Revolutionary. In addition, it is included in the Pennsylvania Historical and Museum Commission series list. 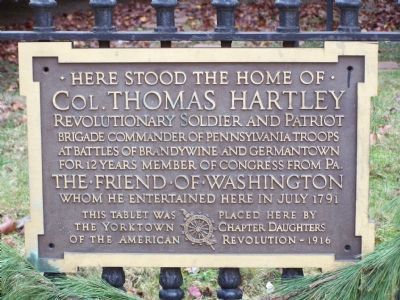 By Beverly Pfingsten, January 5, 2008
2. Plaque on Trinity United Church of Christ fence
Here stood the home of
Col. Thomas Hartley Revolutionary soldier and patriot, brigade commander of Pennsylvania troops at battles of Brandywine and Germantown. For 12 years member of Congress from PA.
The Friend of Washington
whom he entertained here July 1791.
The Yorktown Chapter Daughters of the American Revolution 1916
shouting distance of this marker); Gen. Wayne Headquarters (within shouting distance of this marker); York and York County World War II Memorial (about 300 feet away, measured in a direct line); Globe Inn (about 300 feet away); Black Horse Tavern (about 300 feet away). Touch for a list and map of all markers in York. 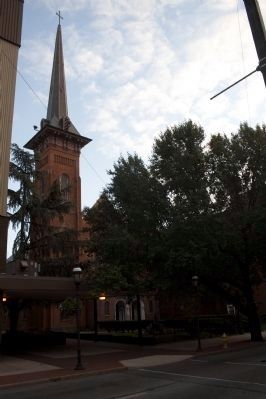 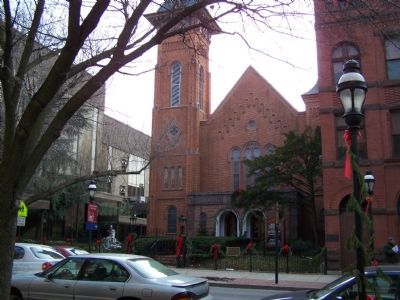