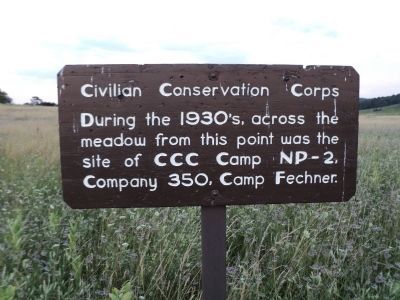 Photographed By Bill Coughlin, August 1, 2011
1. Civilian Conservation Corps Marker
Camp Fechner was named after Robert Fechner, the Director of the CCC from 1933-30.
Inscription.
Civilian Conservation Corps. . , During the 1930’s, across the meadow from this point was the site of CCC Camp NP-2, Company 350, Camp Fechner. . This historical marker was erected by National Park Service. It is Near Syria in Madison County Virginia

During the 1930’s, across the meadow from this point was the site of CCC Camp NP-2, Company 350, Camp Fechner.

Topics and series. This historical marker is listed in this topic list: Charity & Public Work. In addition, it is included in the Civilian Conservation Corps (CCC) series list.

Location. 38° 30.981′ N, 78° 26.396′ W. Marker is near Syria, Virginia, in Madison County. Marker is on Rapidan Road east of Skyline Drive, on the left when traveling east. Marker is in Shenandoah National Park. Touch for map. Marker is in this post office area: Syria VA 22743, United States of America. Touch for directions. 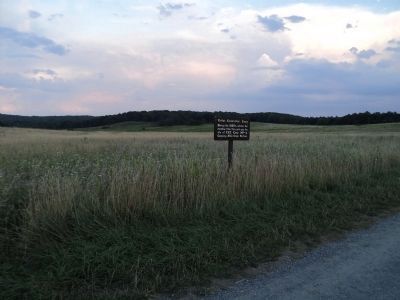 Click or scan to see
this page online
Big Meadows Lodge (approx. 0.9 miles away); Stonewall Jackson's Marches (approx. 1½ miles away). Touch for a list and map of all markers in Syria. 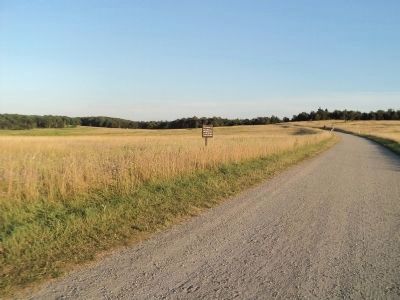 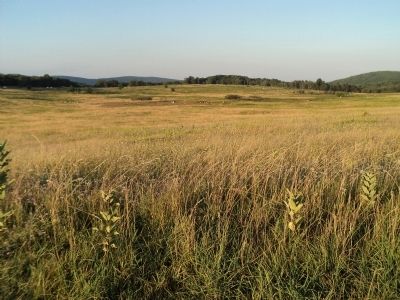