Honored Patriot of the American Revolution 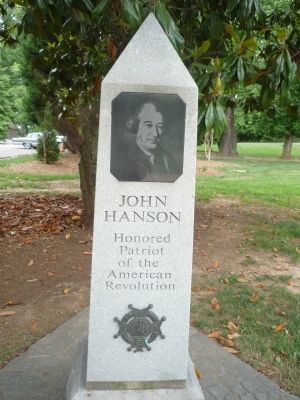 [Panel 3:]
member of the Maryland House of Delegates, representing Frederick County from 1778 to 1780. In 1775 he served as a member of the Maryland Convention which issued its famous declaration known as the "Association of the Freemen of Maryland." He was elected the first President of the United States in Congress

[Panel 4]
Assembled under the New Articles of Confederation and served from November 5, 1781 - November 4, 1782. While President he tendered George Washington the thanks of Congress for the victory at Yorktown. 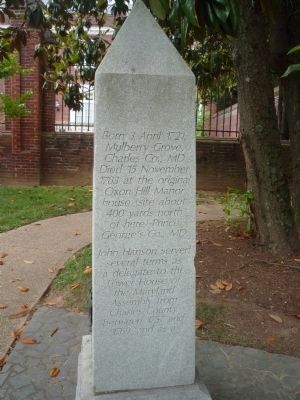 Click or scan to see
this page online
the John Hanson Chapter, Maryland Society, Sons of the American Revolution.

Topics and series. This memorial is listed in these topic lists: Cemeteries & Burial Sites • Government & Politics • Patriots & Patriotism • War, US Revolutionary. In addition, it is included in the Sons of the American Revolution series list. A significant historical date for this entry is April 3, 1721. 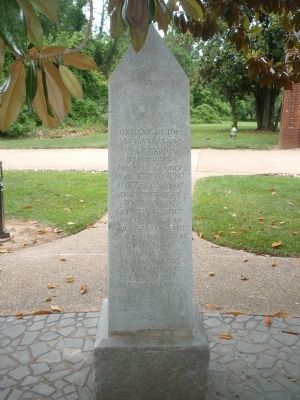 Also see . . .  Oxon Hill Manor History. ... Hanson visited Oxon Hill Manor often and died there in 1783. He is believed to be buried on the estate's cemetery. The original mansion was destroyed by fire in 1895. ...The present 49-room Georgian style manor house was designed by Count Jules Henri de Sibour and built for Sumner Welles, Undersecretary of State in the Franklin D. Roosevelt administration. Roosevelt was a frequent visitor to the estate. (Submitted on May 22, 2010, by Richard E. Miller of Oxon Hill, Maryland.) By Richard E. Miller, May 22, 2010
7. North entrance to the Oxon Hill Manor mansion house - near the John Hanson Marker 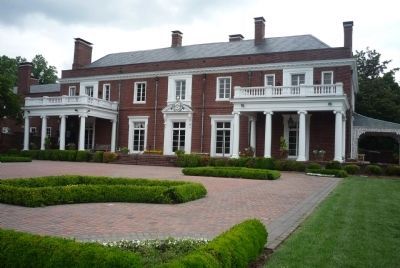 By Richard E. Miller, May 22, 2010
8. Oxon Hill Manor, north terrace of the mansion house
constructed in 1929 for Sumner Welles, Under Secy. of State. 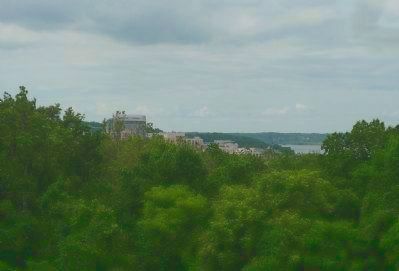 By Richard E. Miller, May 22, 2010
9. View from the terrace toward the Potomac River - the National Harbor Gaylord Hotel visible at left
Pres. John Hanson's lost gravesite may be found in the woodlands of the estate.