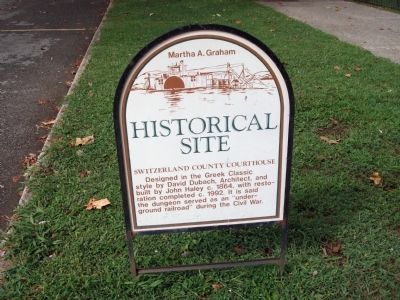 ( Drawing of the River Paddle-wheeler. )

Designed in the Greek Classic style by David Dubach, Architect, and built by John Haley c. 1864, with restoration completed c. 1992. It is said the dungeon served as an “underground railroad” during the Civil War.

Topics. This historical marker is listed in these topic lists: Abolition & Underground RR • Notable Buildings. A significant historical year for this entry is 1864. 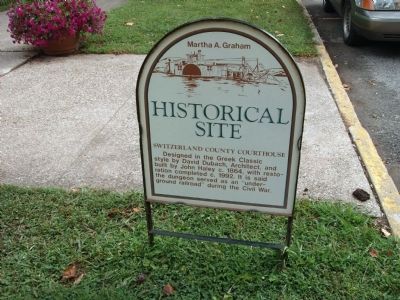 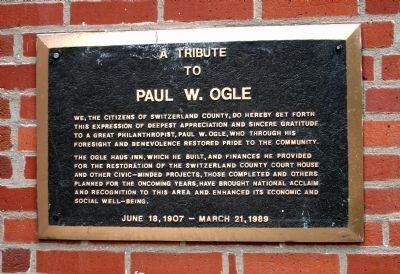 A tribute to Paul W. Ogle

We, the citizens of Switzerland County, do hereby set forth this expression of deepest appreciation and sincere gratitude to a great philanthropist, Paul W. Ogle, who through his foresight and benevolence restored pride to the community.

The Ogle Haus Inn, which he built, and finances he provided for the restoration of the Switzerland County Court House and other civic-minded projects, those completed and others planned for the oncoming years, have brought National acclaim and recognition to this area and enhanced its economic and social well-being. 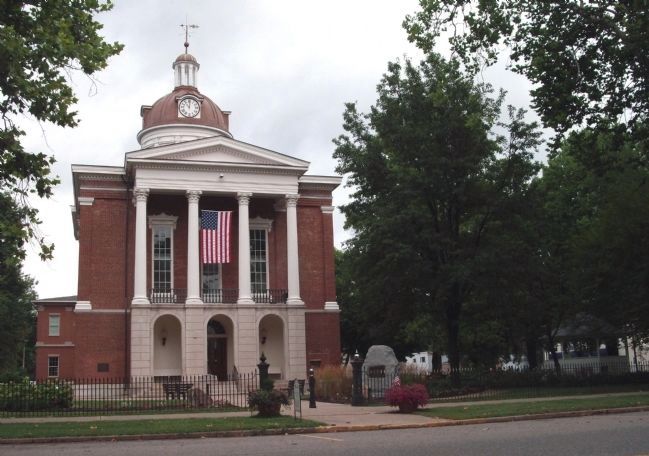