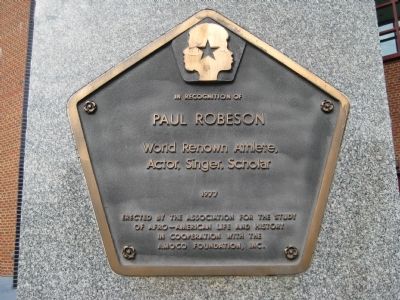 By Alan Edelson, October 24, 2010
1. Paul Robeson Marker
Inscription.
Paul Robeson. In Recognition Of. World Renown Athlete, Actor, Singer, Scholar . This historical marker was erected in 1977 by Erected by the Association for the Study of Afro-American Life and History in cooperation with the Amoco Foundation, Inc. It is in Princeton in Mercer County New Jersey

Erected 1977 by Erected by the Association for the Study of Afro-American Life and History in cooperation with the Amoco Foundation, Inc. 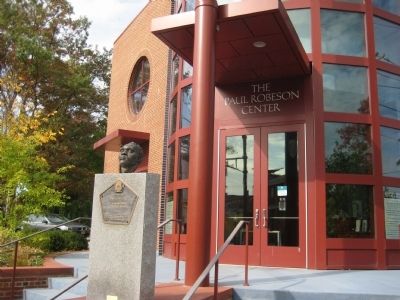 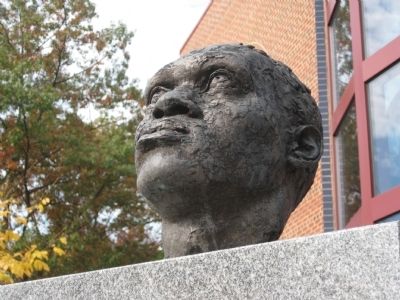 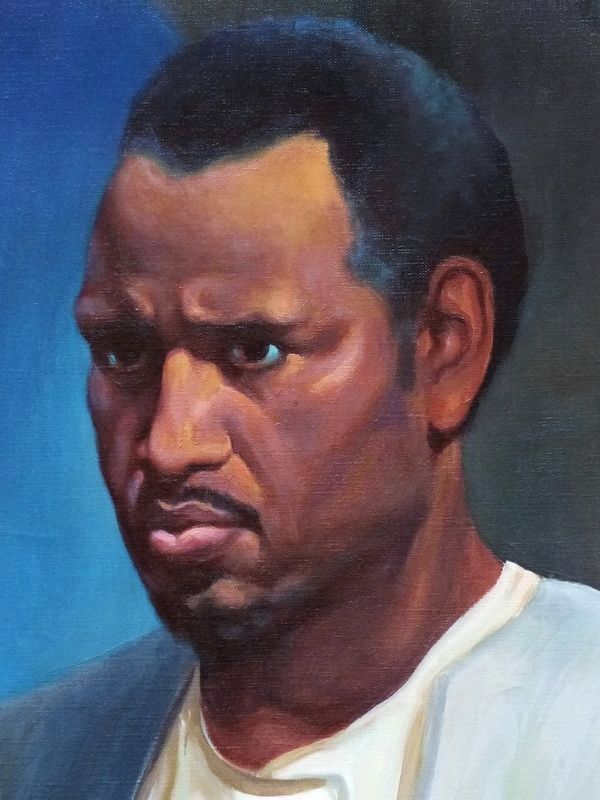 “His greatest stage achievement was in the role of Othello: in England in 1930, with Peggy Ashcroft as Desdemona, and in New York in 1943, with Jose Ferrer as Iago. Meanwhile, Robeson appeared in nearly a dozen films, among them ‘Sanders of the River’ (1935) and ‘King Solomon's Mines’ (1937), both British made. He gave strong performances, but he gradually realized that the filmmakers had lied to him about the stereotyping of black characters; he quit me industry in 1951. Robeson's deepening resentment over racism in America drew him more and more into civil rights causes and affiliation with left-wing groups. By 1950 he was being denounced as a communist.” – American Characters, Lewis, et al. 1999.
Credits. This page was last revised on October 13, 2017. It was originally submitted on October 24, 2010, by Alan Edelson of Union Twsp., New Jersey. This page has been viewed 724 times since then and 12 times this year. Last updated on August 16, 2011, by Franklin Township HPC of Somerset, New Jersey. Photos:   1, 2, 3. submitted on October 24, 2010, by Alan Edelson of Union Twsp., New Jersey.   4. submitted on October 10, 2017, by Allen C. Browne of Silver Spring, Maryland. • Bill Pfingsten was the editor who published this page.
Share This Page.