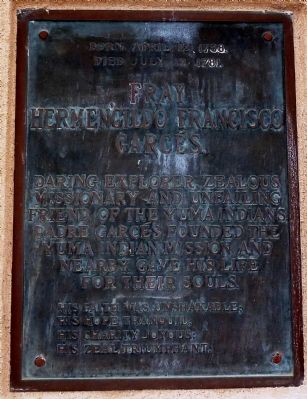 Daring explorer, zealous missionary and unfailing friend of the Yuma Indians. Padre Garcés founded the Yuma Indian Mission and nearby gave his life for their souls.

His faith was unshakeable; his hope tranquil; his charity joyous; his zeal triumphant.

Location. 32° 43.831′ N, 114° 36.933′ W. Marker is in Winterhaven, California, in Imperial County. Marker is on Quechan Drive 0.1 miles north of Quechan Road, on the left when traveling north. The Mission is on top of a bluff bypassed by Quechan Drive. It can be walked to, and there is sidewalk and trail from the Yuma Crossing Park, or one can park in the Quechan Tribal Museum area left turn on Picacho Road from Quechan Drive. Touch for map. Marker is at or near this postal address: 350 Picacho Road, Winterhaven CA 92283, United States of America. Touch for directions. 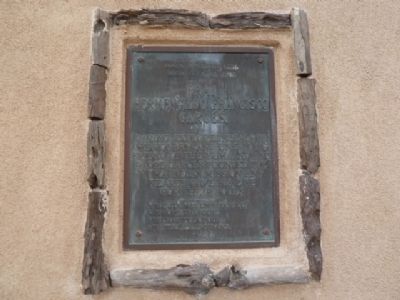 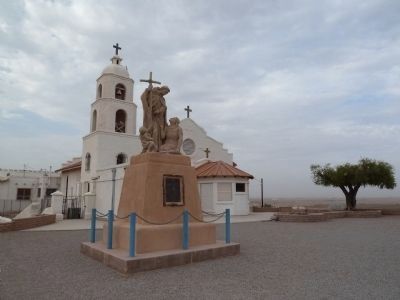 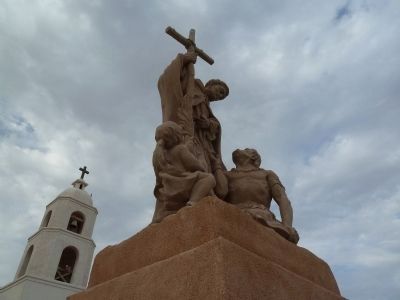 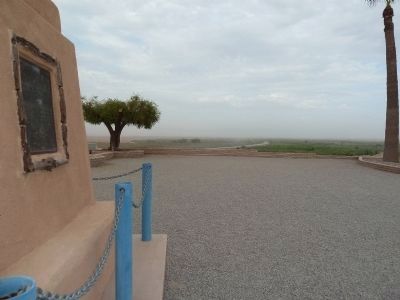 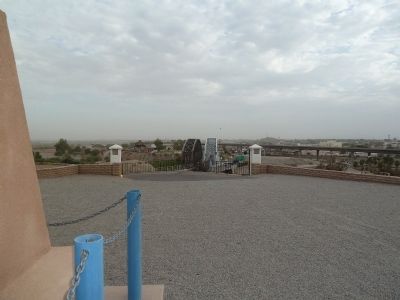 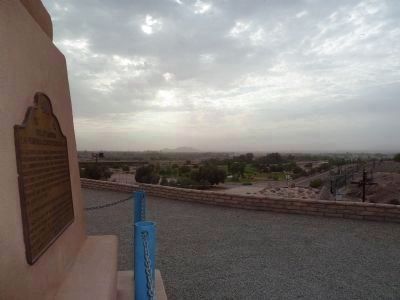 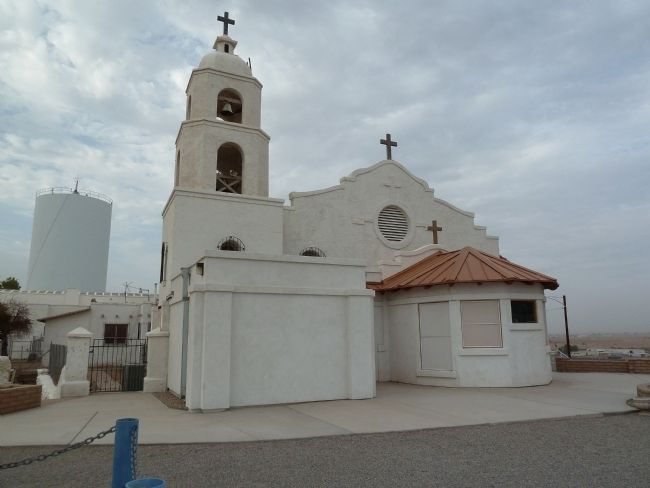