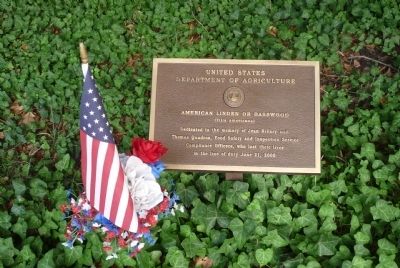 Dedicated in memory of Jean Hillery and Thomas Quadros, Food Safety and Inspection Service Compliance Officers, who lost their lives in the line of duty June 21, 2000

Erected 2000 by U.S. Department of Agriculture.

Topics. This historical marker is listed in this topic list: Agriculture. A significant historical month for this entry is June 1825. 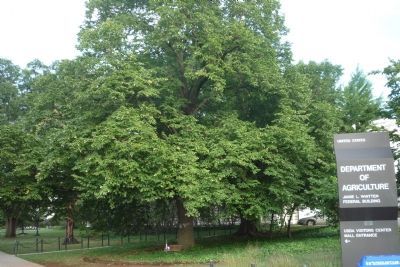 More about this marker. California Department of Food and Agriculture Inspector Bill Shaline was also killed by Stuart Alexander (the "Sausage King") in this incident. Inspector Earl Willis escaped.