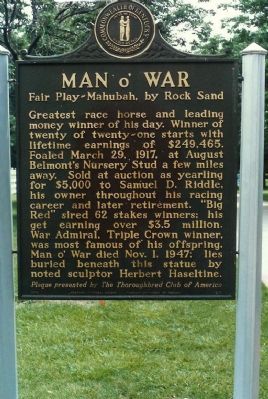 Greatest race horse and leading money winner of his day. Winner of twenty of twenty-one starts with lifetime earnings of $249,465. Foaled March 29, 1917, at August Belmont's Nursery Stud a few miles away. Sold at auction as yearling for $5,000 to Samuel D. Riddle, his owner throughout his racing career and later retirement. "Big Red" sired 62 stakes winners, his get earning over $3.5 million. War Admiral, Triple Crown winner, was most famous of his offspring. Man o' War died November 1, 1947; lies buried beneath this statue by noted sculptor Herbert Haseltine. 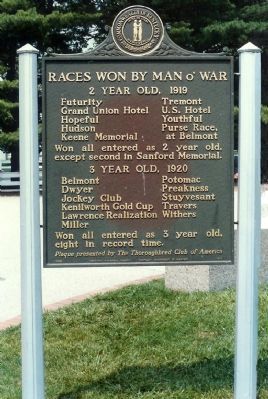 Topics and series. This historical marker is listed in these topic lists: Animals • Sports. In addition, it is included in the Kentucky Historical Society series list. A significant historical date for this entry is March 29, 1898.

More about this marker. Man O'War passed away at the age of 30 as the result of a failing heart. His lifetime companion and groom, Will Harbut, had died only a month earlier. He was embalmed and lay in state for several days in a specially made casket lined with his racing colors, the first horse ever buried this way. Twenty-nine years after his death, Man o' War was reinterred in 1976 at the Kentucky Horse Park. 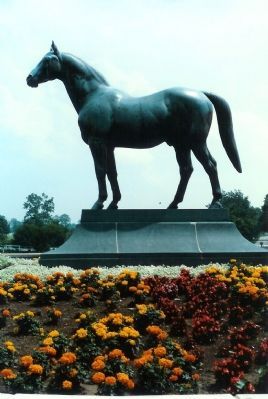 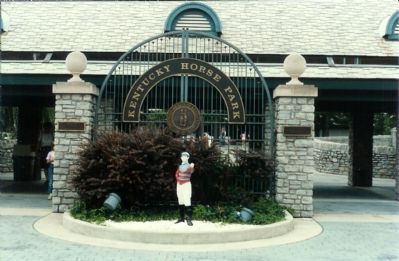 By Michael Stroud
4. Kentucky Horse Park
blank check for ownership of the horse, and Riddle turned it down.
— Submitted January 15, 2008, by Kevin W. of Stafford, Virginia. 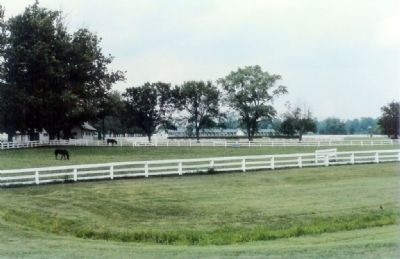