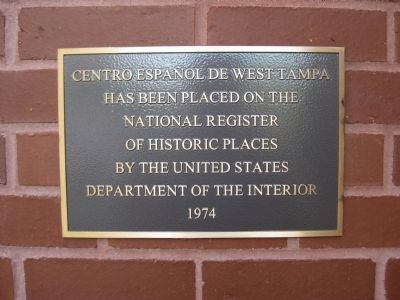 Topics. This historical marker is listed in these topic lists: Hispanic Americans • Industry & Commerce • Settlements & Settlers. A significant historical year for this entry is 1974.

Location. 27° 57.715′ N, 82° 28.989′ W. Marker is in Tampa, Florida, in Hillsborough County. Marker can be reached from North Howard Avenue north of West Cherry Street, on the left when traveling north. The plaque is located next to the building's north side entrance. Touch for map. Marker is at or near this postal address: 2306 North Howard Avenue, Tampa FL 33607, United States of America. Touch for directions. 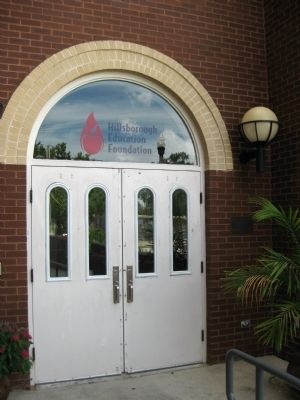 By AGS Media, September 5, 2011
2. Centro Español de West Tampa Marker
The plaque is mounted to the right of the doors.

Click or scan to see
this page online
(approx. 0.3 miles away); The Andres Diaz Building (approx. half a mile away); West Tampa Centennial (approx. 0.6 miles away); Hugh C. Macfarlane (approx. ¾ mile away). Touch for a list and map of all markers in Tampa.

Regarding Centro Español de West Tampa. El Centro Español was founded in 1891 as a social club and mutual aid society for Spanish immigrants to nearby Ybor City. In 1912, the club expanded, building El Centro Español de West Tampa as a club house for its members who lived in West Tampa. The organization provided social, recreational, education, and medical services to its members, most of whom were employed as workers in the area's mammoth cigar industry. The Centro building served as a social hub, hosting everything from dances, to English language classes, to a gym. The Royal Theatre, housed within a large section of the building, was used to stage live performances, speeches, and concerts.

El Centro Español was the earliest of the many mutual aid societies and social clubs which were vital in making it possible for the huge immigrant populations of Ybor and West Tampa to adjust and acclimate to live in their new country. El Centro Español de West Tampa was a satellite 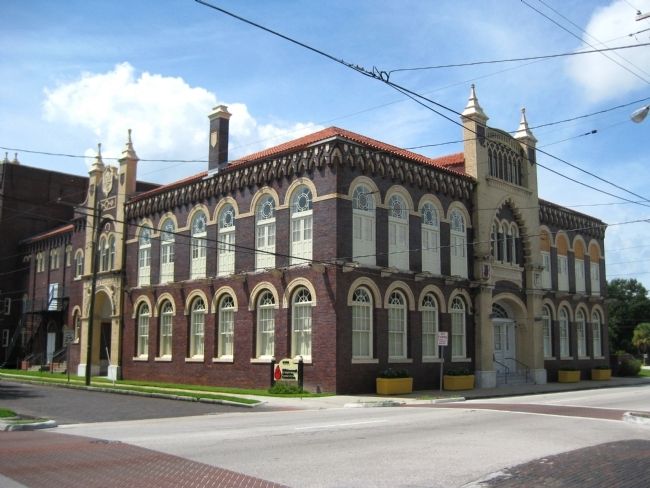 West Tampa's El Centro building was designed by Fred J. James in Mediterranean Revival style, with Moorish influences and detailing. At one time, it featured wrought-iron balconies outside its second-floor windows.

The Centro Español organization continued use of the building until the late 1980's, at which time the remaining membership moved to a smaller facility. The West Tampa El Centro building was eventually purchased and renovated by the City of Tampa and in 2008 became home of the Tampa Museum of Art. The museum was housed there for about a two-year period while a new museum facility was being constructed downtown. Currently, the building is home to the Hillsborough Education Foundation. 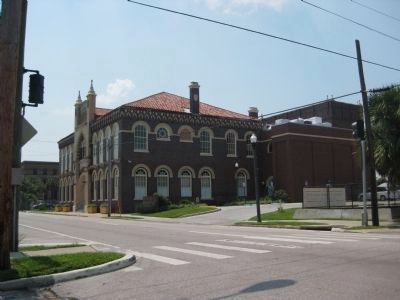 By AGS Media, September 16, 2011
4. El Centro Español de West Tampa
The plaque is located near the entrance on the building's north side. 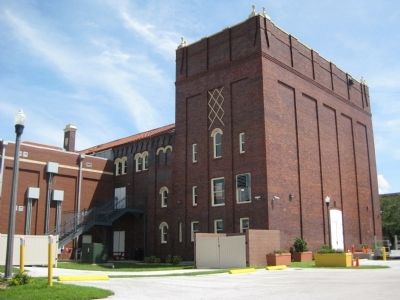 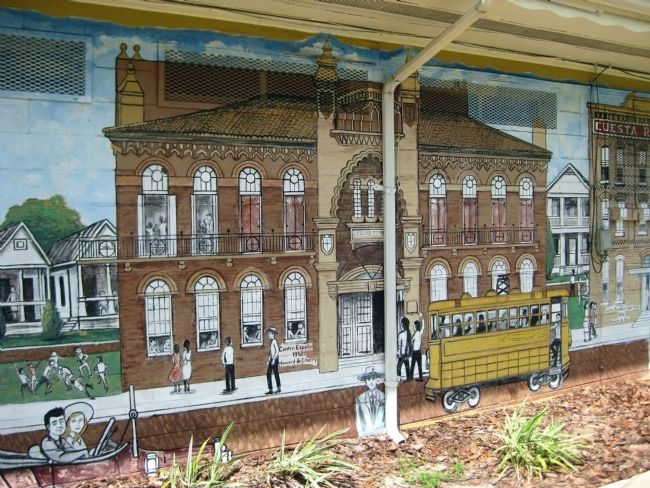 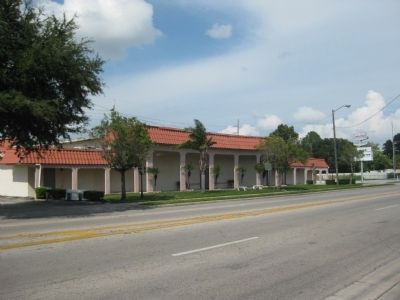