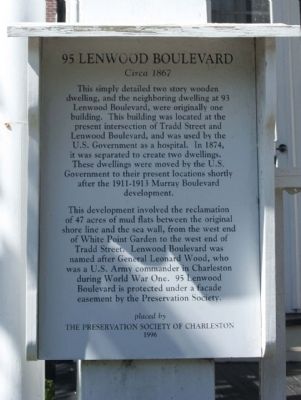 This simply detailed two story wooden dwelling, and the neighboring dwelling at 93 Lenwood Boulevard, were originally one building. This building was located at the present intersection of Tradd Street and Lenwood Boulevard, and was used by the U.S. Government as a hospital. In 1874, it was separated to create two dwellings. These dwellings were moved by the U.S. Government to their present locations shortly after the 1911-1913 Murray Boulevard development. This development involved the reclamation of 47 acres of mud flats between the original shore line and the sea wall, from the west end of White Point Garden to the west end of Tradd Street. Lenwood Boulevard was named after General Leonard Wood, who was a U.S. Army commander in Charleston during World War One. 95 Lenwood Boulevard is protected under a facade easement by the Preservation Society.

Erected 1996 by Preservation Society of Charleston.

Marker series. This marker is included in the South Carolina, Preservation Society of Charleston marker series. 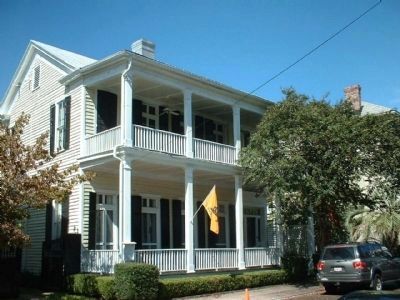 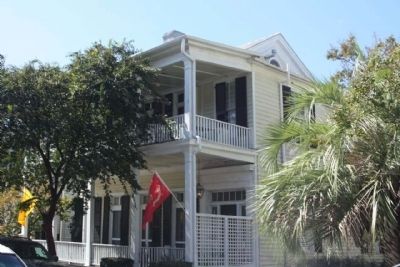