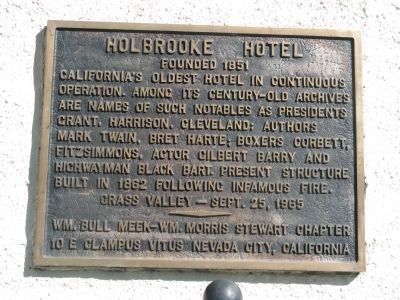 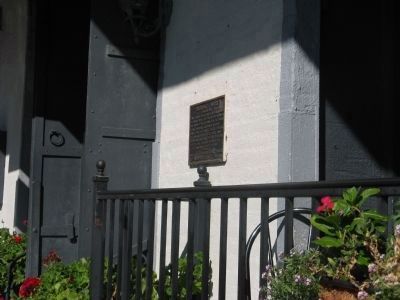 Photographed By Syd Whittle, October 9, 2011
2. Holbrooke Hotel Marker
Note the iron doors. These doors are seen on many old "Gold Rush" mining town buildings. These iron doors protected the businesses from the frequent fires and from break-ins.

Regarding Holbrooke Hotel. From the Walking Tour of Historic Grass Valley brochure:
This is one of Grass Valley's most recognizable landmarks. The Golden Gate Saloon was established on this site in 1851 and was rebuilt with stone and brick after the fire of 1855 and became known as the Exchange Hotel. Daniel P. Holbrooke purchased the building in 1870 and renamed it. 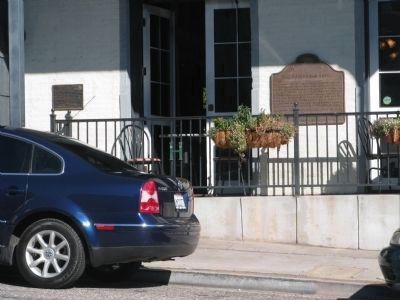 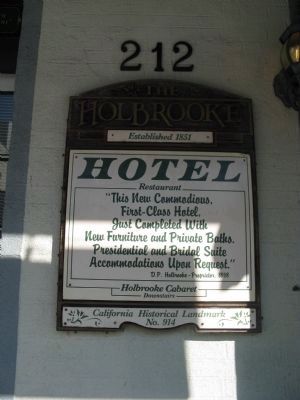 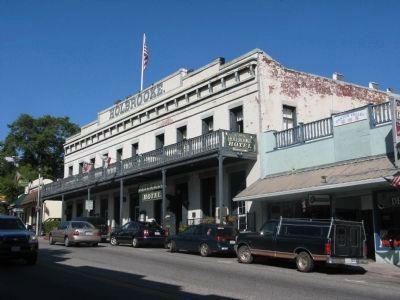